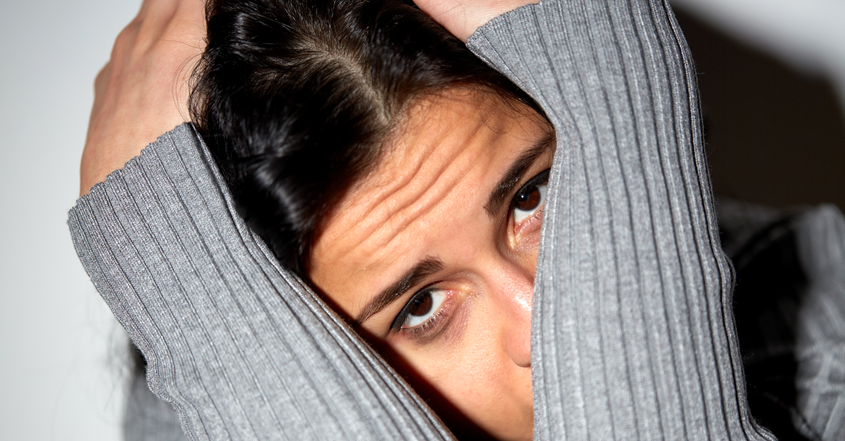 POSTED: October 14 2019
Quarter of Brits too afraid to tell their employer that they’re suffering with poor mental health

A new study released by CV-Library ahead of World Mental Health Day reveals that a quarter (25.8%) of Brits are too afraid to tell their employer that they’re suffering with poor mental health. A further four in ten (39.3%) also claim that their boss wouldn’t care.

The study, which surveyed 2,000 UK professionals, shows a chasm between bosses and employees in relation to mental health. In fact, a third (33.2%) of Brits fear they’d be judged unfairly if they told their boss about their concerns, while 29.7% simply believe their employer is unapproachable.

In addition to the above, over a quarter (28.8%) of Brits say that they feel anxious about key aspects of their jobs, including:

As the results show, Brits have many worries about their current work life situation. While it may be surprising that such a significant proportion are worried about being fired, many are all too aware of the storm on the horizon in the form of Brexit and the cuts to business’ budgets.

Other concerns, such as struggling with a work-life balance and getting nervous about public speaking are worries as old as time. However, all of the above can contribute to poor mental health. So what should you be doing to support your employees?

There’s no better time than the present for employers to focus on addressing mental health in the workplace and to take further steps to ease employees’ concerns. Every workplace has different needs, so a one-size-fits-all approach won’t work when it comes to combating mental health.

It’s important to consider what will work for your business and ensure that support is always available to those who need it. While you’re putting plans in place, don’t forget that you can still take action as an individual. Don’t underestimate the power of simply asking employees how they’re doing. Creating the chance for an open dialogue could even ensure early prevention and intervention.

How can mental health problems affect your employees?

Worryingly, nearly half (47.2%) of Brits claim that their anxieties affect their performance in the workplace, with 55% feeling constantly stressed, 47.5% worrying about failure and 35.8% being less likely to take on new challenges due to self-doubt.

Poor mental health can take on many forms; whether it’s a drop in productivity, general detachment or burnout. As an employer, it’s important to watch out for these symptoms and act immediately to support your employees. Indeed, becoming complacent could cost your business severely; it was reported this year that unexplained mental health sick days cost the UK £1.4 billion a year.

But what can you do to promote positive mental health in the workplace?

Unfortunately, the subject of mental health still triggers misconceptions and prejudice among some people. Even though it affects so many of us. It should be treated like any other physical illness to remove the stigma that stops employees from seeking help. Otherwise, your business runs the risk of operating a team who are generally unfit to work.

It’s also important because you’ll boost productivity in your company. Employees will be better equipped to interact as a team and manage pressure and changes in the workplace. What’s more, you’re more likely to improve retention rates by better understanding mental health. As well as decreasing sick days among your team.

If you ignore the mental wellbeing of your employees, you’ll notice extended periods of absence increasing. Even worse, the pressure to perform while unwell could trigger other symptomatic effects, such as self-harm or drug dependency.

Educate your team about mental health

No manager or team leader is expected to be an expert on mental health. After all, every individual’s experience is vastly different, and you’ll need to adapt your approach accordingly. However, you can take steps to become more informed about mental health in general and where your employees can find support.

Managers and members of HR should receive training in how to spot deteriorating mental ill health. Without this, it’s unlikely that they’ll have the confidence to handle matters themselves. They could benefit from a range of mental health awareness training which cover the basics, such as:

Although courses such as mental health first aid are hugely beneficial, training can also be led by senior managers, HR professionals or an external trainer. So there’s no excuse to not educate your team!

Take action toward improving your workplace

Changes won’t happen overnight. But pledging your time and commitment toward mental health initiatives is a step in the right direction. Furthermore, talking candidly about the importance of looking after mental health will start to normalise the subject in your workplace.

Firstly, you need to identify what areas of the workplace could be causing poor mental health. For example, are your team stretched thin across the ground? Would hiring more people alleviate that burden, or permitting flexible working hours?

If you’re not sure, it’s time to turn to your employees. They’re the best people to ask in terms of what is working well for your company and what needs improving. To gather more honest responses, an anonymous employee survey could be the best move. If you’re a smaller organisation with a tight-knit team, you could simply start up an honest chat in team meetings.

Here’s some ideas of how to kick-start your plan of action:

We all need to talk about our mental health

Poor mental health is often a product of work-related stress. Nobody should have to work in an environment which is actively worsening their mental health. Especially if they aren’t even able to discuss their issues with their employer.

Although changes may take a while to come about, you can certainly take steps as an employer to be approachable. With 19% of UK professionals claiming that they fear their boss, this is one aspect which you have the power to change as soon as possible!

You can read the original press release by the CV Library here.