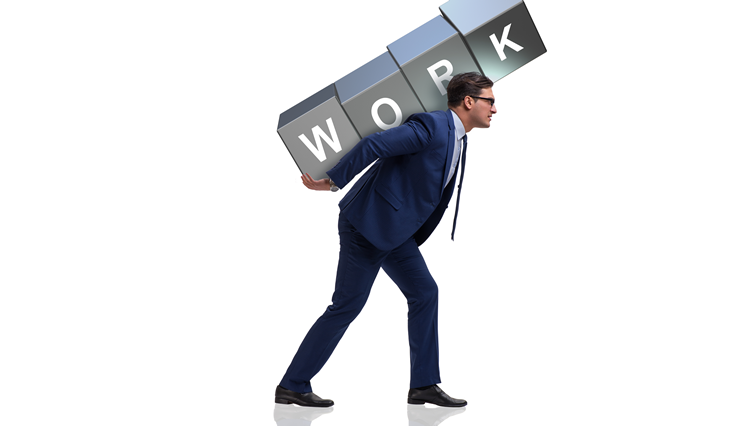 Managers should be role models for wellbeing

“Managers need to model the type of behaviour that’s good for people’s health, for their productivity, for their performance,” Cooper says. “That is behaviour that says ‘I’m going to do the important things that I need to do, I’m going to be really committed and be highly productive but I’m also going to have an outside life because that refreshes me to come in and do more the following day.’”

According to the psychologist, is it natural for managers to put themselves under increased pressure and work longer hours.

He added: “When you get to the senior roles in an organisation, you tend to feel you should be more of a workaholic. You feel that to demonstrate commitment, you must regularly come in earlier and stay until very late. Managers often demonstrate the type of workaholic behaviours that are not good. Then the next level follows [that example], then the next level, and so on. And it delegates all the way down the company.”

The Future Forecast report shows 66% of managers work more than 40 hours a week, with almost a third (29%) working more than 49 hours. Highlighting the severity of the ‘always on culture,’ the majority of managers (59%) say they feel compelled to check work emails constantly at night and weekends, even when not necessary. This is leading to more individuals falling ill due to stress, with mental ill health now the leading cause of sickness absence in the UK.

Middle managers are often the most pressurised employees; as they have to consistently meet the objectives of their seniors, whilst managing lower ranking staff, Professor Sir Cary Cooper states.

“If you look at the report, we have fewer people and they are doing more work than ever before. They are always on 24/7 as a consequence of emails and the way managers use emails to their staff.” He adds: “Managers are saying ‘I don’t have enough resources, and I have to micromanage, and probably do part of their job as well. On the other hand, I have objectives and targets to meet, and I have difficulty doing that without working really long and unsocial hours.’”

With UK productivity well behind the likes of Germany and France, Professor Sir Cary Cooper says British bosses should learn from the measures European neighbours have used to support employees’ health and wellbeing.

In France, employers are not allowed to send work-related emails to staff outside of contracted hours. The law requires companies with more than 50 employees to establish hours when staff should not send or answer emails. Meanwhile in Germany, leading automaker VW has blocked work-related emails to employees after work while Daimler prevents emails being sent to workers during their annual leave.

Professor Sir Cary Cooper concluded: “What we haven’t done in the UK is [only to] give people guidelines on what is and isn’t appropriate for the use of emails and work-related social media outside of working hours. So we have a real issue, especially as the leading cause of sickness absence in the UK economy is stress at work, mental ill health, anxiety and depression. It’s costing us in the health of our people and it’s costing us in our productivity.”

Three more ways to stop the ‘always on’ culture at work

Support flexible working at your organisation

Allow staff opportunities to work remote or on different hours to help balance their work and personal lives.

Encourage more face-to-face collaboration within the office, at the right times.

Manage staff through reward, empathy and praise, rather than micro-management and this will reduce the number of extra emails and pressure in the workplace.

You can see the original article published by the Chartered Management Institute here.