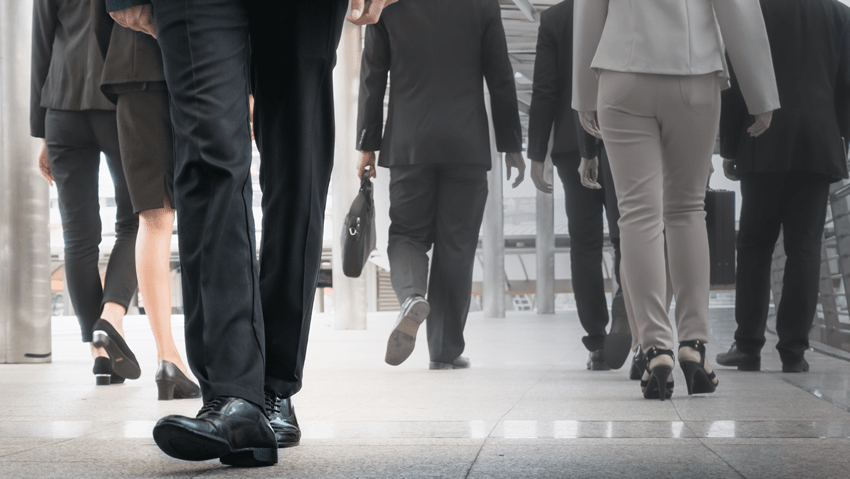 There is an expectation that post-pandemic that businesses will continue to embrace home-working but many large businesses are rejecting the idea and urging a return back to office.

The CEO of a large investment bank has rejected remote working ‘as the new normal’ and instead branded it an “aberration” – the BBC reported.

David Solomon, who heads up Goldman Sachs, said that the bank had operated throughout 2020 with fewer than ten per cent of staff in the office. He suggested that this way of working does not suit the culture at the banking giant in the long run.

Speaking to a conference on Wednesday, Solomon said: “I do think for a business like ours, which is an innovative, collaborative apprenticeship culture, this is not ideal for us. And it’s not a new normal. It’s an aberration that we’re going to correct as soon as possible.”

One particular area of concern for Goldman Sachs’ boss was about an incoming “class” of circa 3,000 new recruits who he said would be unable to receive the needed “direct mentorship”.

He added: “I am very focused on the fact that I don’t want another class of young people arriving at Goldman Sachs in the summer remotely.”

Barclays’ boss has also said working-from-home is ‘not sustainable’ Solomon’s comments come shortly after Barclays boss Jes Staley said he did not believe that remote work was “sustainable” long-term. In a virtual meeting of the World Economic Forum last month, as was reported by City AM, Staley said: “It’s remarkable it’s working as well as it is, but I don’t think it’s sustainable.

He too pointed towards the impact that remote work has had on collaboration and culture. Staley shared: “It will increasingly be a challenge to maintain the culture and collaboration that these large financial institutions seek to have and should have.”

While many bosses at banking firms have expressed an eagerness to return to a central office post-pandemic, not all have followed suit.

In fact, this week HSBC announced plans to almost halve its office space globally over the long-term as part of a cost-cutting exercise. According to Reuters, the bank’s CEO, Noel Quinn, said that the reduction would come from axing office premises as their leases come to an end. This would not include branches or the bank’s headquarters building in Canary Wharf, London. Quinn explained that retained buildings will be used more flexibly. Quinn said: “We are focused on those offices with support functions and head office activities when we talk about the 40% reduction,” Quinn said.

“We believe we’ll achieve it via a very different style of working post-COVID with a more hybrid model,” the CEO added.

Yet, it is not just those in the banking industry that are looking to change working patterns more permanently.

Earlier this month, streaming firm Spotify announced that it is adopting a ‘Work from Anywhere’ model. Under this, staff can choose whether they want to be in an office full-time, work from home full-time or a combination of both.

The new initiative has been described as a “new way of collaborating that allows Spotifiers to work from wherever they do their best thinking and creating,” according to the firm’s blog post.

Elsewhere, Salesforce has signalled a move away from in-person work, claiming that the “9-to-5 workday is dead”. The firm’s blog post explained that staff will be given flexibility over how, when and where they work with three ways of working. These include a ‘flex’ model, where staff can be in the office one to three days per week, fully remote for those who don’t live near an office, as well as office-based.

During the last year all advo staff have transferred to home working, which has been successful, says advo’s Executive Director, Colin Boxall adding “there is however there is a belief that the reason why advo has not only survived, but thrived in lockdown is the advo culture of working closely together and supporting each other, something that was originally created in an office environment. We do however recognise that there has been a shift in expectations and approaches and so a more ‘blended’ approach is definitely the way forward. This article is based on an article first published in HR magazine. You can read the original article in full here.

You can read the BBC article on returning to the office here.