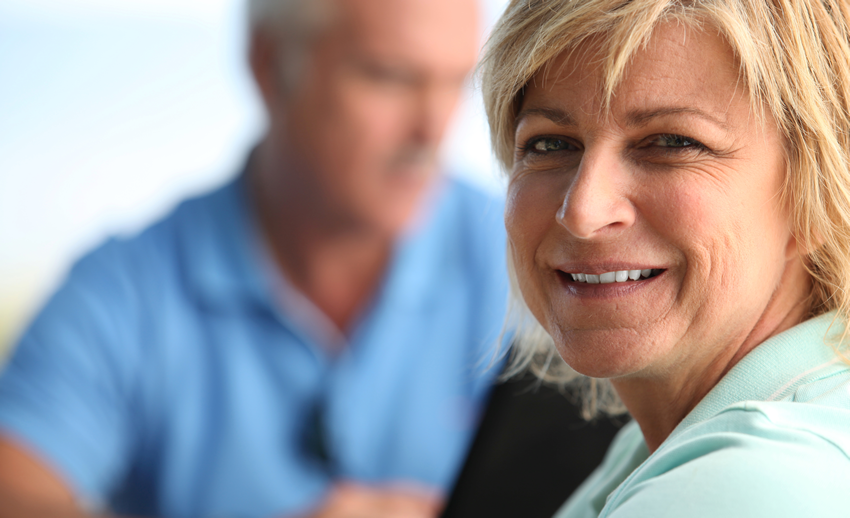 Over 50? Over the hill? It’s not what most employers believe.

New research shows nearly one in 10 over-50s did not admit to turning 50 at work for fear that colleagues would regard them as old. With the under-40s believing the over-50s block their career progression they in turn worry their own careers will stall when they hit 50.

The AIG Life Limited’s study1 of more than 3,000 working adults suggests there is still an unconscious bias of ageism among individuals in the workplace, with over-50s and younger workers equally worried about implications.

The nationwide study found more than two out of five (44%) of over-50s believe their age counts against them for promotions and pay rises.

The under-40s also have concerns – around 40% of them believe older colleagues block their career progression and pay rises while more than half (55%) worry that their own careers will stall once they celebrate (or otherwise) their own 50th birthday.

There is good news – more than two out of three (67%) of businesses surveyed said they are adapting to the impact of an ageing workforce and nearly one in five (17%) have expanded employee benefits to cater for older workers.

Government data2 shows the ageing workforce is a reality as there are a record 10 million people aged over 50 in the workforce and 72.7% aged of people aged between 50 and 64-year-olds are still working. The demographics of the UK population mean these numbers will only increase. Analysis of Government data3 also found, however, that those aged 50 to 64 are more likely to face long periods of unemployment – they are 33% more likely to be out of work for two years or more than under-50s.

Lee Lovett, Managing Director for Group Protection at AIG Life, said: ‘It is rather sad that so many over-50s worry about their age and its implications for the workplace because the reality is that employment among the over-50s is at a record high. Our earlier research found some people want to work into their 70s and can bring a huge amount of knowledge and experience.’

‘Society needs to see every generation of worker as an integral asset yet there’s clearly still some level of ageism across employees of all ages as the shy over-50s are not alone in their feelings. Younger workers are also worried about older colleagues blocking their careers while also worrying about what effect turning 50 will have on their careers in turn.’

‘It would be interesting to understand where this employee ageism is derived because businesses accept that workforces are ageing and need to be supported – they are adapting and recognising that there are benefits to an older workforce.’

‘Group benefits that help them manage their financial and physical health and wellbeing can play a major role in helping companies to support employees and retain and recruit staff. With this in mind, AIG and other providers have flexible propositions that support and protect older workers up to age 70 and beyond and it is encouraging to see employers beginning to change what they offer.’

The table below, using data from AIG’s study, shows senior managers’ views on a range of workplace issues with opinions split on what is and is not a problem. The biggest worry is increased sickness and pension contributions while issues such as training and employee benefit costs are not seen as major concerns. 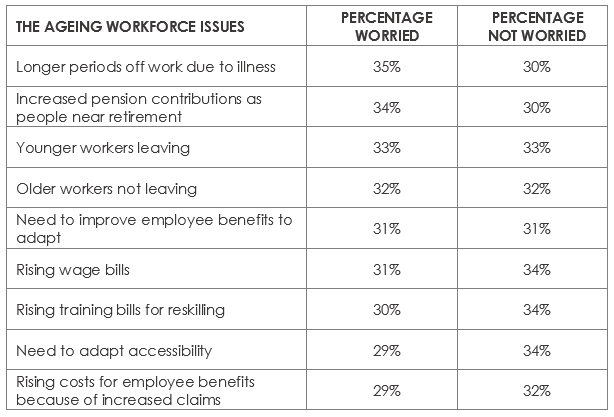 1 Research conducted by Opinium among a representative sample of 3,003 UK adults aged 18-plus who are not retired and including 779 senior managers between 16th and 23rd August 2019

If your organisation wishes to ensure staff benefits reflect what your workforce needs then advo can help. In the first instance email Jamie Tuffield on jtuffield@advogroup.co.uk.