POSTED: August 10 2019
Medical experts call for obesity to be classed as a disease

Medical experts call for obesity to be classed as a disease

John Wilding, professor of medicine at the institute of ageing and chronic disease at the University of Liverpool, and Vicki Mooney, executive director of the European Coalition for People living with Obesity (EASO), argued the view obesity is self-inflicted is inaccurate and reinforces stigma around being overweight.

Instead, the pair believe that the role played by genetics combined with the illnesses created by obesity, such as Type 2 diabetes, high blood pressure and some cancers, means it should be defined as a disease.

According to the report by the Independent, Wilding and Mooney said the Oxford Dictionary supports their argument with its definition of disease as “a disorder of structure or function … especially one that produces specific symptoms … and is not simply a direct result of physical injury”.

They also state that obesity, in which excess body fat has accumulated to such an extent that health may be adversely affected, has been considered a disease by the World Health Organisation since 1936.

“Studies in twins show that 40% to 70% of the variability in weight is inherited,” Wilding and Mooney wrote in the British Medical Journal (BMJ). “Body weight, fat distribution, and risk of complications are strongly influenced by biology – it is not an individual’s fault if they develop obesity.”

The pair added that recognising obesity as a chronic disease with severe complications rather than a lifestyle choice could help reduce the stigma and discrimination experienced by many people with obesity.

“The stigmatisation of obesity leaves patients fearful of discussing their weight, and they turn to fad diets or non-prescription medication because they assume that their obesity is solely their responsibility,” they warned.

However, not all medical professionals agree. Dr Richard Pile, a GP from St Albans, said the Oxford Dictionary definition of disease “is so vague that we can classify almost anything as a disease”.

He argued that recommending a change implies that current NHS and public health strategies are “doomed to failure without classifying obesity as a disease“.

”Labelling obesity as a disease risks reducing autonomy, disempowering and robbing people of the intrinsic motivation that is such an important enabler of change,” Pile added. “It encourages fatalism, promoting the fallacy that genetics are destiny.” 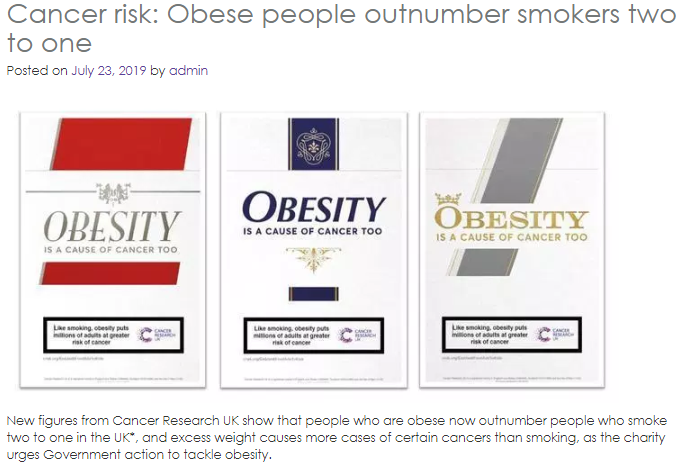 This article was first published in HI Daily

← Can the UK learn lessons in healthcare from China? Monitoring and encouraging employees to take annual leave →
← Previous Post Next Post →