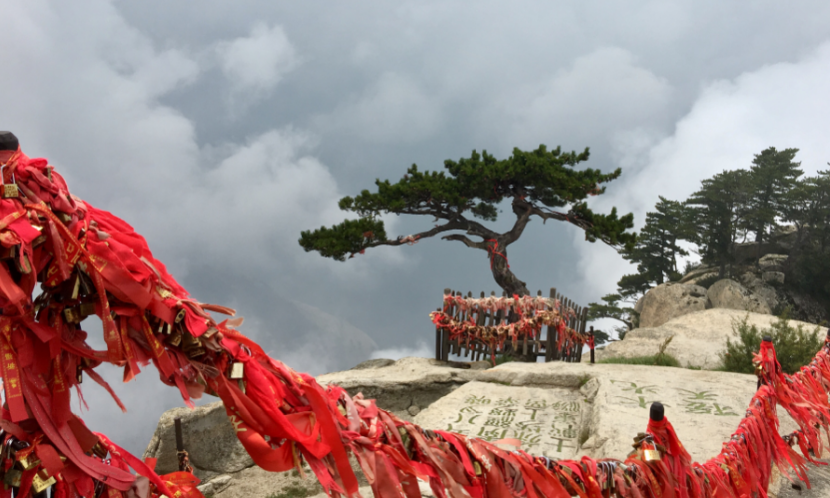 POSTED: August 09 2019
Can the UK learn lessons in healthcare from China?

Can the UK learn lessons in healthcare from China?

advo’s Colin Boxall is currently working from China. We republish an article he wrote for Health & Protection Magazine outlining personal experiences in Chinese and UK healthcare systems and where lessons could possibly be learned for the UK.

Currently working in China, Colin Boxall of specialist healthcare intermediary and consultancy advo has personal experience of state and private sector healthcare delivery both there and in the UK. He looks at the differences between the two systems and asks if lessons can be learned for the UK.

Growing up in the UK there is an expectation that we don’t pay for medical treatment, that it’s ‘free at point of delivery’. Although not strictly true – with extras such dental and prescription costs – it’s what we believe is our right. 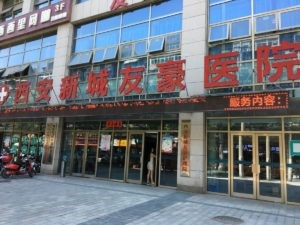 A private hospital in Shanghai – is healthcare in China less socialist than in the UK?

Travelling from a capitalist society to the world’s largest communist country it is a surprise to discover there is no such expectation. People in China expect to pay towards their medical treatment. So, when it comes to healthcare, is the UK more socialist than China?

Capitalist western countries have sophisticated welfare systems. Here in China there is no such support. The expectation is more that the family takes responsibility and supports, not so directly the state. The UK’s NHS medical care is two tier. There is primary care with the GP and supportive tests and further treatment at hospital; the UK private sector then gives an alternative to NHS treatment offering choices over care and location with faster treatment times. The Chinese healthcare system is flat, the local hospital being the first port of call whatever the medical reason. If experiencing symptoms, you simply turn up at your local hospital reception desk, or in fact any hospital of your choice, of which there are many, day or night, where you are directed to a specialist who oversees your care. My experience is there is little, if no wait and care is a high standard.

My first experience of Chinese healthcare system was about five years ago in the northern city of Shenyang. I found my way there after stupidly having breakfast from a man in a cart outside the local train station. Later that night with stomach problems friends urged me to attend the local hospital. It was 11pm and as not seriously ill the thought of spending the night in A&E was not attractive.

“When it comes to healthcare, is the UK more socialist than China?” 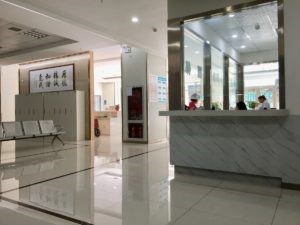 Clean and efficient: Healthcare in China is often first rate

Despite my protests I attended the equivalent of our A&E, which was a revelation. After arriving just after 11pm at the nearest public hospital (called Hospital Number 8) I was quickly registered and issued with a health swipe-card. A couple of minutes later and despite being a non-emergency I was with a specialist who requested blood tests. Then next-door where I put my arm through a window in the corridor for a nurse to take blood. The sample was passed back where two doors down the same corridor I passed the sample through another window at the pathology lab. It was just over five minutes before I got the results back before walking the few yards back to the specialist’s office. Within 20 minutes of walking into the hospital I had seen a consultant twice, had full diagnostics and was receiving treatment. Two hours later I was on my way home fully recovered. On leaving I had to pay 212 yuan, about £23.

If I was Chinese, I could then have claimed back about 80% through the state insurance scheme. The hospital was modern, the staff professional and the care reassuringly good. The Chinese doctor was paid piecemeal – the more people he sees, the more he gets paid. The argument could be that this may lead to poor, rushed service. However, I experienced efficiency and immediate care.

The Chinese go to hospital when they are ill. The attitude is “Why wait? I am ill and so I will get treatment I need now”. In the UK I wonder how long I would have waited if I was lucky not to be turned away from A&E as a timewaster. In China you pay towards your care. The government supports financially on a sliding scale covering the majority of the cost of a serious illness, but there is still an expectation of ‘co-pay’. All healthcare is easily accessible. 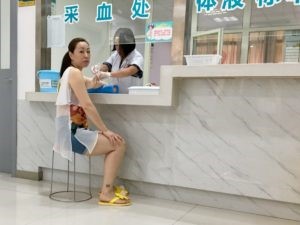 Basic diagnostic tests in China are often carried out in hospitals, not by GPs

Recently in Xi’an my wife had concerns over swollen legs after travelling. It was nothing serious, but a concern. Next to our hotel was a private hospital. She dropped in without calling first, spoke to reception and within 20 seconds was sitting in front of a specialist. He ordered blood tests and a scan. Results were immediately available which were taken back to the specialist who confirmed nothing serious and a course of medical Tui-Na massage, the first session of which was available immediately at another part of the hospital, which cured the problem. The cost for everything in this private hospital was just under £40 – not even enough to claim from her travel insurance.

So, are there lessons to be learned by the UK looking at the Chinese healthcare system? It’s not perfect but people have access to immediate high-quality care. First, perhaps a change in the blinkered way we see existing NHS problems is required. In China’s top hospitals you may see trolleys in corridors, called “extra-beds” beds. But hospitals see this as allowing people to have immediate care for serious conditions; you are not turned away and told to wait until a bed on a ward is available. It’s not seen as a scandal; people are grateful for it.

Moving to the Chinese model and removing one whole tier of health provision will obviously be a step too far, given the ingrained health and political systems we have in the UK. Perhaps, however, we could take some of the best ideas and philosophies.

Primary care in the UK is under tremendous strain. It’s a thankless task being a GP with ongoing pressures to see increasing numbers of people. In the UK, I, like many other people, struggle to see my GP. I have to call at 8am to try and get an appointment for that day. The Nuffield Trust recently confirmed that the problem is likely to worsen as England is experiencing the first prolonged fall in GPs per person in fifty years. At the very least the wider use of technologies such as virtual GPs, becoming commonplace in the private insurance sector, should be more quickly rolled out. Surely difficulties accessing primary care increases pressures on A&E, where I recently waited more than six hours to have treatment, sitting next to an unattended frail old lady in a wheelchair.

We need to reduce significantly the primary care pressures. There is surely an argument to bring back and widen the role of cottage hospitals, to allow people direct access to care without the GP gatekeepers. As part of the process, we should increase the role and standing of pharmacists for low-level care and advice and improve the guidance given via the NHS’s 111 service. 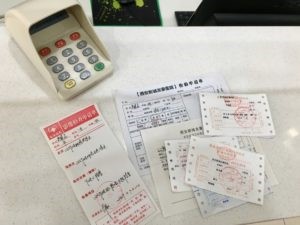 Co-payment is widespread and well-established in China – shouldn’t the NHS consider introducing it beyond prescriptions and dentistry?

Controversially, we could consider introducing an element of co-pay for our NHS treatment, just like in communist China. Perhaps we should reduce the National Insurance contributions that we or businesses pay. Like prescriptions, medical care would still be given free to those most needy with those more affluent paying towards their care. Paying for missed GP appointments without good reason could be a first step where payments could be introduced. In the UK we put up with so much poor service and accept this as normal. We are conditioned to wait and suffer in silence. Receiving quick treatment would remove many sick days and kick start the economy and the health of the nation.

Personally, I would prefer to pay a little money to get immediate high-quality care when I need it – just like the medical treatment I received in China.

A follow-up to this article focusing on attitudes to health and wellbeing were published on the 20.08.19. You can read this article here. 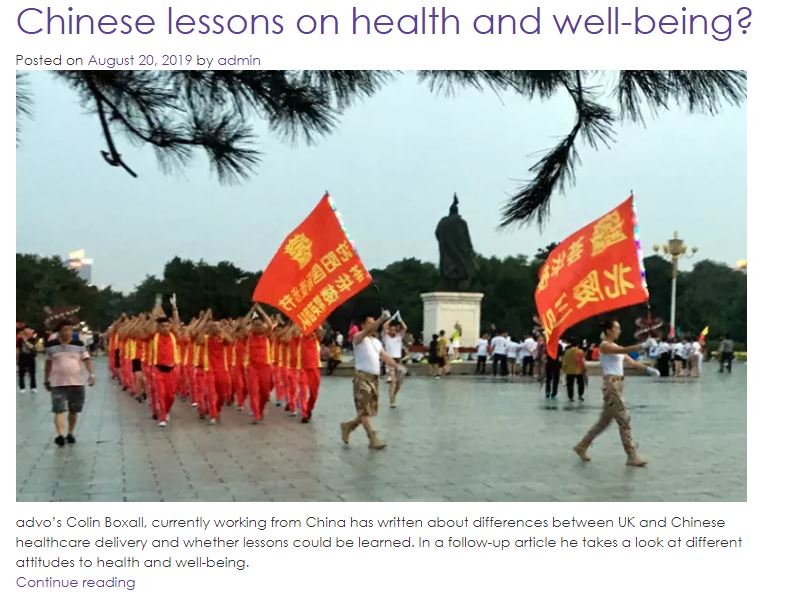 ← Cyber Security: Quick Guide for Employers Medical experts call for obesity to be classed as a disease →
← Previous Post Next Post →