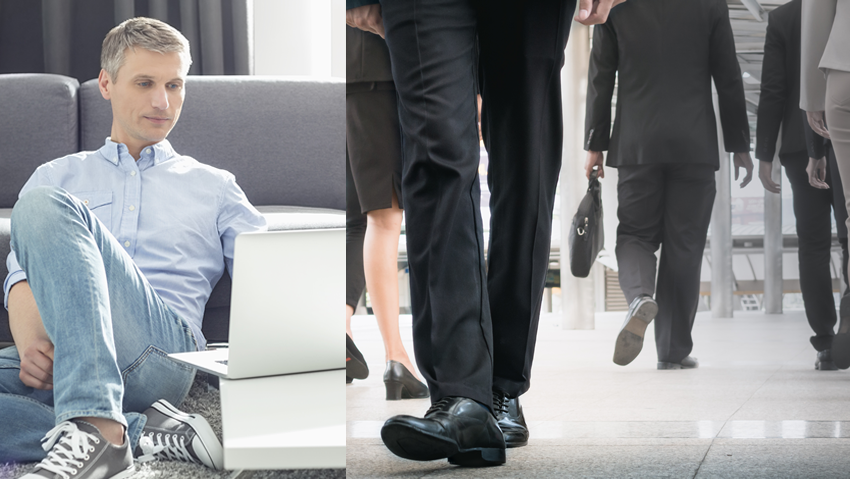 Happy Anniversary! One year from lockdown

Today marks the anniversary of the UK’s first national lockdown which started following our Prime Minister’s ‘Stay at Home’ speech. Over the last year it seems many people have re-evaluated what is important in their lives, as according to a new survey three-quarters of UK adults say what makes them happy and fulfilled has changed.

Other headlines from the research, not surprisingly, highlights that people are desperate for physical interaction with family and friends – almost six in 10 say spending time with loved ones is now what’s most important. There is also an increased focus on health and wellbeing: one in five (19%) plan to exercise more and almost a third (30%) plan to eat more healthily. When it comes to work it seems a majority of people prefer working from home, but almost a quarter (24%) say they’re working more hours from home than before.

Nearly three-quarters of UK adults (73%) say what makes them happy and fulfilled has changed over the past 12 months since the first national COVID-19 lockdown was imposed, according to new research from AXA.

The survey of 2,000 UK adults, which looked into how people’s attitudes have changed since the first COVID-19 lockdown on 23 March 2020, revealed that almost six in 10 (57%) of people feel that spending time with family and friends is now the most important factor in making them happy. The report also showed that, once lockdown ends, physical interaction with family and friends will be even more important than before.

Going on holiday is the next most important need in Brits’ post-lockdown lives, with two-fifths (41%) saying holidays are essential to their happiness. Interestingly, this is higher than the number of people who say travelling freely wherever they want like they did before lockdown is most important to them, with less than a third (29%) of people stating this as a priority. In fact, listening to music (30%) and reading a book (30%) are more important to people, which suggests that many Brits have discovered more sedate and perhaps more solitary activities that give them balance.

The pandemic has made many of us more aware of our health and wellbeing and this is reflected in the research. Living a healthy lifestyle has become increasingly important, with half (49%) of those surveyed saying they plan to go to the gym or exercise when COVID-19 restrictions are lifted, and a fifth (19%) saying they will do so more than they did prior to the pandemic. Recent links between COVID-19 and obesity also seem to be getting through, as healthy eating is high on the priority list – almost a third of people (30%) say they’ll be eating more healthily going forward. Brits also plan to keep a closer eye on what they drink, with 16% saying they’ll drink less alcohol in the future. Although it looks like younger people aged 18- may be keeping alcohol sales topped up, as one in five (19%) plan to drink more booze.

Staying on the alcohol theme, pub and bar owners who are hoping for a post-lockdown rush may be sorely disappointed. Just 16% of people plan to visit a pub or bar more than they used to once they open up, just slightly higher than the 15% who plan to visit them less. Perhaps unsurprisingly it’s younger people who are most eager, with more than a third (34%) saying they’ll be frequenting a pub or bar more often, compared to 13% of 35-54 year-olds and just 6% of those aged 55+.

Restaurant owners may have more luck enticing customers through their doors, with one in five (21%) respondents saying they plan to dine out more often than they did before the pandemic.

While the events of the past year have made many people reprioritise what’s important in life, they have also inspired many to try something new. A quarter of people (24%) said that they have tried something for the first time within the past 12 months, with the same amount saying they are more confident about trying something different once restrictions are fully lifted.

Looking in depth at what lockdown has inspired people to try, a quarter (24%) of Brits say they have tried new recipes or learnt new cooking skills, and over a quarter (29%) said they have been motivated to start new physical pursuits, with 18% trying new ways to exercise indoors and 16% giving different outdoor exercises a go for the first time.

The future of work

The pandemic has resulted in a wholesale shift in working practices, with many workplaces forced to shut and employees now working remotely. While this enforced change was challenging for employers and employees alike at the beginning, has it now evolved into a better way of working for the future?

In all, nearly four in five (78%) workers surveyed said they were working from home some of the time. While the majority of people (36%) are working around the same hours at home as they were before, a quarter (24%) are working more hours and 12% are working considerably more hours from home. With one in five 18-55 year-old adults saying they plan to commute to work less in future, this begs the question as to whether many people are swapping the time commuting with spending more hours working at home.

Despite this, more than half of workers (55%) say they prefer working from home and a similar number (51%) say they will miss remote working if they have to return to the office. However, a significant minority are finding the new situation more challenging – two-fifths (42%) say they miss working in their usual workplace, and this is particularly the case with younger people, with 50% of 18-34 year-olds saying they miss it.

Commenting on the research Claudio Gienal, CEO, AXA UK & Ireland said “As we arrive at the one-year anniversary of the UK’s first national lockdown, our research shows that COVID-19 has fundamentally changed people’s attitudes to their lives. It’s no surprise that so many are itching to spend more time with their family and friends, and this highlights the recent issues raised around loneliness and isolation caused by the various restrictions. While the events of the past 12 months have been extremely challenging for many, our research shows that the pandemic has increased the importance of health and wellbeing, and it’s encouraging to see so many individuals planning to improve their diet and exercise more.

“It was also interesting to see the findings on remote working. Many people have adapted to remote working admirably, although it’s worrying that a significant number are working more hours than before. While the majority of workers will miss remote working if they have to go back to the office, there are also many who miss their workplace – especially younger people. This shows there’s no easy answer to the office vs remote working debate. Employers would therefore be well advised to carefully consider their employees’ individual needs and work collaboratively to find a hybrid way of working that combines the best of both worlds.”

Research carried out online by Opinium on behalf of AXA between 2 to 5 March 2021, among a nationally representative poll of 2,000 UK adults.

You can read the AXA press release in full here.