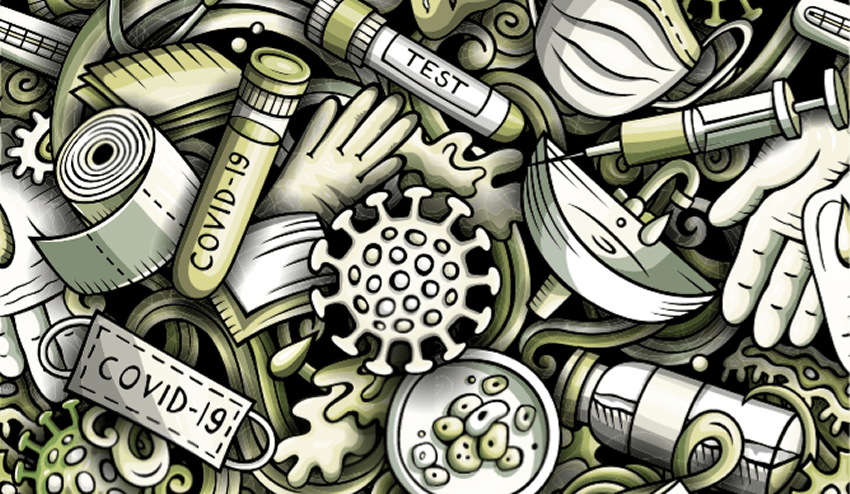 In an article written by Ann Francke OBE, the CMI’s regional chairs in Asia explain how the pandemic response in their countries helped to mitigate the impact of Covid-19.

The difference is quite staggering.

Asia-Pacific countries have had much lower case and death rates even when population differences are taken into account. The economic impact has also been less severe. Countries that have been harder hit by Covid-19 have a lot to learn from them.

At a special edition of CMI’s Better Managers Briefing, we took a deep look at what we can learn from the way in which the pandemic was managed in Asia-Pacific countries. My guests were the four chairs of our CMI branches in those regions: Dr Paulina Chan, chairperson of the CMI regional board in Hong Kong; Indra Kaushal Rajapaksa, president of CMI Sri Lanka; Taranjeet Singh, chair of our CMI regional board in Malaysia; and Tay Woon Teck, chairperson of our CMI Singapore branch.

I asked Woon Teck what countries outside Asia should take away from Singapore’s experiences of the virus, and whether we’d see more international co-operation around similar crises in future.

Lessons from the SARS experience

Most countries in Asia had to deal with the impact of SARS in 2003, a disease which predominantly affected adults aged between 25 and 70. While it was less contagious than Covid-19, its death rate was higher. That experience with SARS taught valuable lessons on trusting the science around pandemics, says Woon Teck. Perhaps if Western governments had also learned from that crisis, and seen how it was handled, they could have moved as swiftly and effectively as their Asia counterparts.

Singapore went through a very difficult patch in April 2020, as many of the transmissions involved foreign workers living in Singapore. Following the science would require a circuit-breaker lockdown to isolate the cases, and fast. The biggest benefit of experiencing SARS was that Singapore was very prepared for contact tracing, and used it efficiently to curb infections.

“You’ve got to be able to quickly isolate people who can be a potential cluster to transmit, and you actually isolate them very quickly. Now, this enforcement involves very detailed working,” Woon Teck says. “Contact tracing has to be done so that you don’t kill the economic activity. You’re able to identify where the sources of infections are. Isolate them fast enough so that the rest of the population can carry on life as usual. We learned this the very hard way during SARS.”

The management and leadership lessons from Asia’s handling of the SARS crisis are universal and have been underlined by the Covid-19 pandemic. This is something our Management Transformed research emphasises: that trust in, communication from, and visibility of leaders is critical when the stakes are so high.

Dr Paulina Chan echoed Woon Teck’s points. Hong Kong also had a painful experience with the SARS outbreak. As a result, citizens immediately started taking measures to reduce the spread of Coronavirus once the threat was apparent, and government departments were quick to collaborate to establish quarantine centres and fast diagnosis.

CMI Hong Kong was also early in addressing the virus, putting on awareness webinars as early as January last year and urging collaboration between other bodies. Collaboration was crucial at all levels, Paulina explained.

“Internationally, I think we’ll continue to collaborate on diagnostic testing and the sharing of resources and also tips for our citizens,” Paulina says. This sounds like a great way to keep moving forward.

While Singapore and Hong Kong are relatively small and contained countries, Malaysia has a larger population that is more geographically dispersed. Taranjeet Singh told me that the pandemic certainly had a larger economic impact on the nation, with a six per cent fall in GDP on the previous year and around 200,000 closed businesses. But while they have been economically impacted, they managed to save lives, thanks to a swiftly implemented lockdown in March 2020. Again, citizens of Malaysia made it clear that they were willing to make sacrifices to reduce the threat of the virus.

Taranjeet sees two things playing out in the future as a result of the pandemic: the first is stronger ties between national governments – not just economic, but around health and safety too. Vaccine passports, for example, will require international co-operation in order to be effective.

The second is a more common ‘hybrid working’ approach, with a mix of home and office working. How do we go out there to balance the two? “Empathy, in my mind, is going to be absolutely crucial,” Taranjeet says.

Greater employee-centricity, greater employee voice and empathetic leadership have become the norm in workplaces across the world. Rapid adoption of technology is making the humanity of how we manage and lead even more important – and is reflected in CMI’s research. I asked the panelists: what are the greatest learnings for them personally as a leader? All agreed that technology and the digitalisation of the workplace will continue.

As leaders and managers, we have to be more purpose-driven than plan-driven, said Indra Kaushal Rajapaksa. “Let’s think positively, because this pandemic has brought about a lot of good things, as you can see from what was discussed here.”

You can view the original article, along with a full recording of the CMI’s special Managers briefing here.

This website uses cookies to improve your experience while you navigate through the website. Out of these, the cookies that are categorized as necessary are stored on your browser as they are essential for the working of basic functionalities of the website. We also use third-party cookies that help us analyze and understand how you use this website. These cookies will be stored in your browser only with your consent. You also have the option to opt-out of these cookies. But opting out of some of these cookies may affect your browsing experience.
Necessary Always Enabled

Performance cookies are used to understand and analyze the key performance indexes of the website which helps in delivering a better user experience for the visitors.

Analytical cookies are used to understand how visitors interact with the website. These cookies help provide information on metrics the number of visitors, bounce rate, traffic source, etc.

Advertisement cookies are used to provide visitors with relevant ads and marketing campaigns. These cookies track visitors across websites and collect information to provide customized ads.

Other uncategorized cookies are those that are being analyzed and have not been classified into a category as yet.