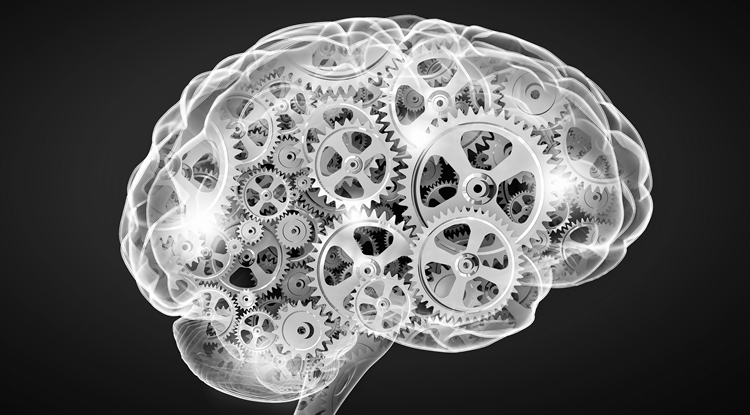 POSTED: September 26 2017
What is the difference between Alzheimer’s and dementia?

What is the difference between Alzheimer’s and dementia?

Professor Graham Stokes, Bupa’s Global Director for Dementia Care, taps into his 30 years of experience to share the top 10 things to know about Alzheimer’s and dementia so we can support those with the condition better.

There are approximately 850,000 people with dementia in the UK, including over 500,000 who are living with Alzheimer’s disease1

In a nutshell, dementia is an umbrella term for symptoms that affect your mental cognitive skills, like memory and communication.  Alzheimer’s on the other hand is one of the diseases that can cause dementia. It’s by far the most common, accounting for about two thirds of all dementia cases, which is why people often get the two confused.
In the UK, approximately 850,000 people have been diagnosed with a form of dementia, including over 500,000 Brits who are living with Alzheimer’s disease.

Q. What other types of dementia are there?

There are over 100 different types of dementia, but four types I’m commonly asked about are:

Alzheimer’s disease: This is the most common form of dementia. Parts of the brain shrink and certain proteins build up in the brain. The early signs are usually memory lapses, and the condition steadily progresses over time.

Vascular dementia: This is the second most common type of dementia, and often starts after a stroke or ‘mini-stroke’. Over time it advances, usually in big noticeable ‘steps’ rather than gradually.

Dementia with Lewy bodies: This is caused by proteins building up in nerve cells. There may be some additional symptoms such as hallucinations, or movement problems similar to Parkinson’s disease.

Frontotemporal dementia: This is a rarer type of dementia. It involves cells dying in specific parts of the brain. Symptoms may be quite different – involving language, personality and behaviour changes first, rather than memory lapses.

Q. How long does the disease take to develop before you see warning signs?

Q. Is it hereditary?

Thankfully this generally isn’t the case. People often think that because their parents have dementia that they will have it too. However, most forms of dementia aren’t hereditary although there are rare types of dementia that can be inherited. In these cases, the disease usually develops earlier in life; some people can start showing the signs in their 30s.

The main risk factor for Alzheimer’s is age and with an aging population, there’s a good chance your elderly relatives may be living with the condition. However this doesn’t put you at greater or less risk of developing Alzheimer’s.

Q. How do I reduce my risk of developing Alzheimer’s?

A healthy heart equals a healthy brain. High blood pressure, being over-weight or under-weight, high cholesterol, excessive alcohol consumption and a general unhealthy lifestyle can increase your risk of dementia. Along with maintaining a healthy lifestyle there is evidence to suggest that staying in formal education can fight off the risk of developing the disease. In adult life learning a new language or starting a short course may protect against the risk of getting dementia as it could make your brain more resilient.

Q. Is Alzheimer’s a normal part of getting old?

It is definitely not. Dementia is the result of brain diseases that become more common with age. However, there’s a misconception that Alzheimer’s and other causes of dementia are old people’s diseases. Alzheimer’s can develop in your brain for up to 25 years before you start showing the very early warning signs. The reason more people are diagnosed with dementia nowadays is because we’ve got an ageing population and people are living long enough for the condition to fully progress.

There are approximately 50,000 people under the age of 60 living with a diagnosis of dementia. If you’re in your 70s, you’ve got about a 1 in 20 chance of getting dementia; this risk significantly increases to 1 in 3 for those in their 90s. Around two-thirds of people diagnosed with dementia are over 80 years old.

Q. How can I support someone living with Alzheimer’s?

Although Alzheimer’s presents significant challenges, there are ways we can support a person to live well with the disease. These include: helping them staying physically and mentally active; developing coping strategies like making lists, labels and reminders that can lessen the impact of memory loss; and communicating with them in a straightforward and simple way. We can also make sure that their physical environment is adapted for them, and – particularly when finding additional support – ensuring their community is ‘dementia-friendly’ and inclusive.

Although memory loss is one of the most significant signs of Alzheimer’s, there are other symptoms too as it can manifest itself in different ways.

It’s important to look out for things like distracted or unusual behaviour, such as angry outbursts or a loved one becoming depressed or anxious. Likewise, Alzheimer’s can also lead to confusion and misunderstandings such as believing possessions have been hidden or stolen, and to people walking with a risk of getting lost.

Memory loss won’t just show itself in the ways people assume, like forgetting names or the day of the week, but can also be seen when people lack their usual spontaneity or forget what they intended to do.  Others say that difficulty with money and paying bills can also be a sign of the disease, linked to memory problems and poor reasoning.

If you’re seeing a loved one demonstrating these behaviours, it’s important to seek medical advice.

Q. Is there any chance of recovery from Alzheimer’s?

Sadly, at present there’s no cure for any of the conditions that cause dementia, and no chance of halting the progression of the underlying disease. By its nature, it gets worse over time, until someone is likely to need round-the-clock care. That’s why it’s so important that people are aware on the simple changes they can make to help assist people with Alzheimer’s.

Q. Are there any benefits of me visiting someone in the late stages of Alzheimer’s?

Absolutely. For a person in the later stages of Alzheimer’s, they may not remember you visited them, or know who you are – but in the moment, they are able to enjoy your company. From birth, we seek companionship; someone who makes us feel safe and loved; we don’t like to feel lonely. Although the person with Alzheimer’s may forget that they saw you today, that feeling of companionship can stay with them throughout the day.

For more information about Alzheimer’s and dementia, visit the Bupa Dementia Hub.

Professor Graham Stokes, Global Director of Dementia Care, has 30 years of experience in specialist dementia care. He led the global-roll out of Bupa’s Person First approach to aged and dementia care in Bupa’s care homes, retirement villages and aged care services. The approach puts the individual and their needs first and highlights the importance of making an emotional connection with residents, as well as tending to their physical care needs.

He has written a number of books and papers including the series ‘Common Problems with the Elderly Confused’; ‘On Being Old: The Psychology of Later Life’; ‘Challenging Behaviour in Dementia’;  ‘And Still The Music Plays: Stories of People with Dementia’ and most recently ‘Watching The Leaves Dance. More Stories of

← One in 10 professionals have experienced homophobic bullying at work UK workers are putting in more than 13 extra days of work a year! →
← Previous Post Next Post →