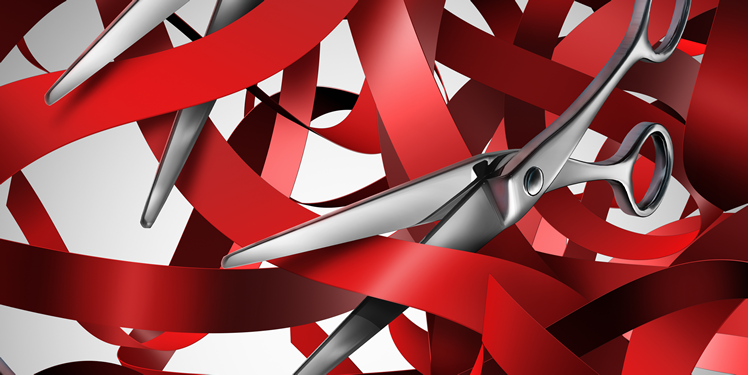 Research from insurer, AXA, reveals the assumption that red tape and regulation stifles SME growth bears little resemblance to the reality of many of the nations’ small businesses.

Employment laws do not appear to be slowing down hiring plans either, as 91% of small firms said they did not influence staffing decisions. Just 15% of employers said they had to spend too much time or money on compliance.

AXA found a less satisfying result when it came to equality and discrimination laws. While most small business employers said they are committed to equal employment opportunities, a sizeable minority (14%) worryingly said they would not hire a woman or someone from an ethnic minority for fear of ‘tribunals’ or accusations about workplace discrimination. This rose to 18% among male business owners.

Gareth Howell, Managing Director, AXA Insurance, said “If this figure is representative of the overall population, it means that almost 700,000 business owners feel discouraged from hiring equally. It’s based on misconceptions: tribunals brought against employers on grounds of workplace discrimination are rare, but they get a lot of attention. There is a need to redress the balance through positive stories about workplace diversity and factual guidance for small employers.”

When small businesses were asked which pieces of legislation are relevant to them, health and safety laws were front of mind.

Percentage of small firms who say common regulations apply to them

The concern raised by AXA here was not that too many small firms are worrying about these laws, but that too few think they apply to them (given the business profiles included in the sample).

Microbusinesses, typically sole traders, were least aware of their legal obligations. Only 40% could recognise common pieces of legislation that apply to their business area. That figure rose to 61%  for businesses with 1-5 employees, jumping to 94% of businesses with 5-10 employees.

Being ‘too small’ or feeling that ‘these regulations apply to big businesses’ were the most common reasons to say they didn’t need to comply.

“We have run research for years, and we have never found justification for the claim that red tape strangles small firms,” comments AXA’s Gareth Howell. “I find it’s often the big business owners who resent regulation most, not their smaller brethren, who just get on with it.”

“I’d conclude that businesses are not crying out for cuts in red tape in the UK, they just require clearer information on what does and doesn’t apply to them, and better support on day-to-day implementation. It would be hard to argue that we should rip up equality laws simply because a minority of employers do not understand them fully.”

You can see the AXA press release here.