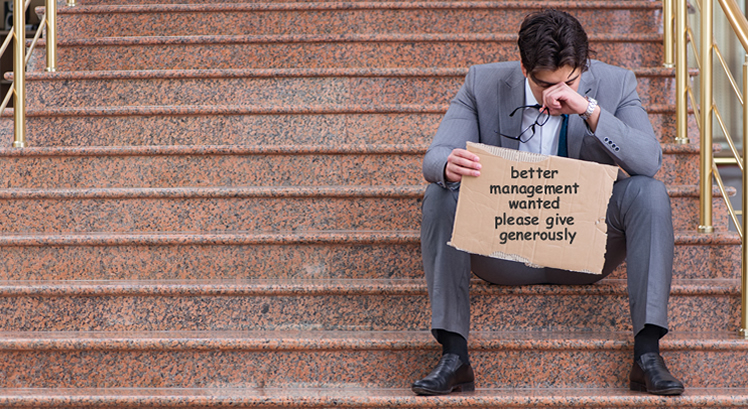 Almost half (45%) of employees say their employer does not know how to improve productivity.

New research from risk insurer, Canada Life, suggests poor leadership is damaging workers’ performance in UK businesses. The survey of 1,000 employees shows staff take pride in their work but enthusiasm and trust in leadership teams is low, preventing workers from doing their best.

Productivity is a major economic and business issue, with the UK falling behind the average for the other six members of the G7 group of industrial nations1 by 15% when it comes to productivity performance.

There is a clear disconnect between workers’ perceptions of productivity and economic output, as almost nine in ten (88%) respondents rate their levels of productivity at 70% or above. Of the three quarters (76%) of staff who feel their productivity is being negatively impacted at work, a fifth (22%) blame workplace culture including poor management and lack of recognition. This is topped only by a negative working environment (29%).

When it comes to workplace culture, almost three quarters (70%) of employees don’t feel like they belong to a team or their role in that team is valued. An even higher proportion (81%) do not agree that their line manager or boss motivates, empowers or supports them, while 78% do not feel they are involved in decision making and have a ‘voice’ in the workplace. Only 26% respect their senior leadership team and less than a third (29%) understand the values that form their organisation’s culture.

Table 1: UK employees’ opinions on their work and organisation’s culture

Being valued at work and encouraged by team leaders and managers is key for improving productivity, with a third (34%) of respondents saying recognition and appreciation for good work would have the most positive impact on their productivity. This is the second most successful method, falling just behind economic incentives such as a higher salary (39%). A quarter (25%) say helpful employee benefits and perks would have the biggest positive impact on productivity.

Training (16%) and targets to work towards for promotion (16%) were rated the least popular by employees when considering forms of reward and recognition to positively impact productivity at work, showing that employees simply want to feel appreciated to enable them to do their best.

Paul Avis, Marketing Director of Canada Life Group, comments: “The clear disconnect between business leaders and workers is alarming. It is evident that many UK businesses need to do more to support and appreciate their staff, whether through simple remedies such as better communication of their organisation’s values, or companywide initiatives like redefining employee management and engagement practices.

“There are many ways employers can show they value their staff, including offering products through corporate benefits packages. Our survey shows one in four workers believe helpful employee benefits have the most positive impact on productivity. Whatever changes businesses make to increase productivity in the workplace, it is important that staff wellbeing is at the heart of it.”

You can see the Canada Life Press release here.