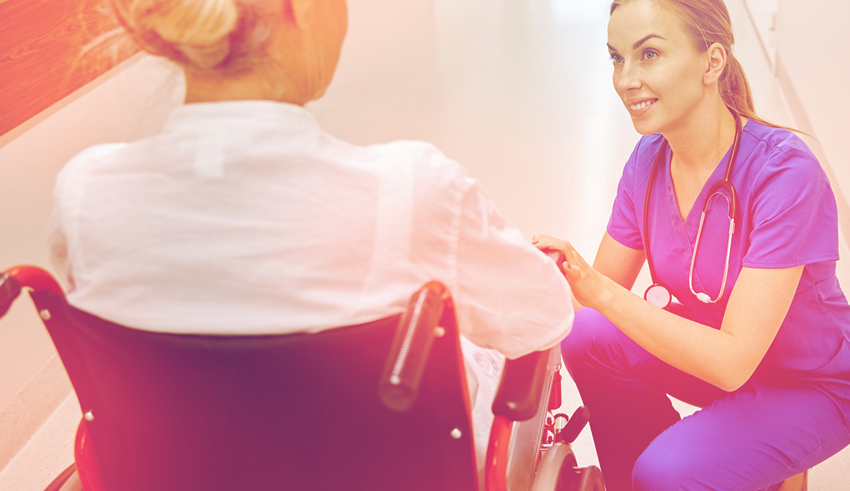 A new survey of cancer patients suggests that their physical and mental health is being negatively impacted by current pressures on the NHS workforce.

Patients who say healthcare professionals seemed to be over-worked are around a third more likely to have physical and emotional needs that are not being addressed compared to those who say that staff have a manageable workload[iii]. Physical and emotional needs include issues such as depression, anxiety, pain and trouble sleeping. They are also nearly a third more likely to say they are not getting all the support they need with issues such as this[iv].

Macmillan is concerned this means that some patients are afraid to ask for information or support because they are worried about the NHS healthcare professionals looking after them.

This is confirmed by Onyeka Abajingin, a cancer information and support adviser on the Macmillan support line, who said: “We are taking more and more calls from people with cancer who are coming to us because they are concerned about delays to treatment and a lack of information given by the NHS. They also feel like they can’t ask over-stretched NHS professionals for advice about common cancer-related issues like nausea and vomiting, fatigue and emotional distress and when they do reach out, it’s really hard to get hold of them. They feel confused, isolated and really don’t know where else to turn.”

The survey also suggests that, despite cancer patients saying healthcare professionals are visibly overstretched, they also recognise that doctors and nurses are trying to shield them from the impact of the crisis; more than four in five (82%) said staff do listen to their needs[v]. This indicates that NHS professionals are doing their best to listen to patients’ concerns, but many do not have the support or resources to deliver the required care.

Macmillan is further concerned that cancer patients are struggling to cope with a range of issues, from the side effects of treatment to the emotional impact of a diagnosis, because they are unable to access the necessary practical support which helps them to live life as fully as possible, both during and beyond treatment.

Lynda Thomas, Macmillan Cancer Support’s chief executive officer, said: “This problem is so much bigger than the NHS workforce. When someone with cancer is referred onto social care services for help with everyday things washing, getting dressed and preparing and eating meals, they face further difficulty accessing this support because of a lack of staff. The issue now encompasses the entire UK health and care infrastructure and is wreaking havoc with the lives of people living with cancer.

“The NHS and social care staffing crisis is pertinent not only to people living with cancer today, but to anyone diagnosed with cancer in the next, five, ten or twenty years. Governments and health ministers across the UK have a serious responsibility to the future health and wellbeing of our nation so need to address this issue.”

Macmillan is calling on the Government to provide fully-funded plans to grow and sustain the health and care workforce without delay.”

Macmillan is releasing their new research as it also launches its #SaveOurSupport campaign, aimed at raising donations to help its services be there for more people affected by cancer, and calling on governments across the UK to urgently address the staffing crisis facing the NHS and social care.

[i] Macmillan cancer support and Populus paper and online survey of 6905 people recently treated for, or diagnosed in the last 5 years with, cancer across the UK. Fieldwork July-September 2019. Survey data has been weighted to be representative of recently treated cancer population (Cancer Registration data) in terms of age, gender and cancer type within England. The weighting of England, Scotland, Northern Ireland and Wales has been based on cancer prevalence data. Extrapolation based on 500,000 English Cancer Registrations in 2014 (NCRAS, http://www.ncin.org.uk/view?rid=3277)

You can read the original Macmillan press release in full here.

← Your employees’ experience: Why you're not seeing the truth NHS staff shortages: Surgeons are penalised for working longer hours →
← Previous Post Next Post →