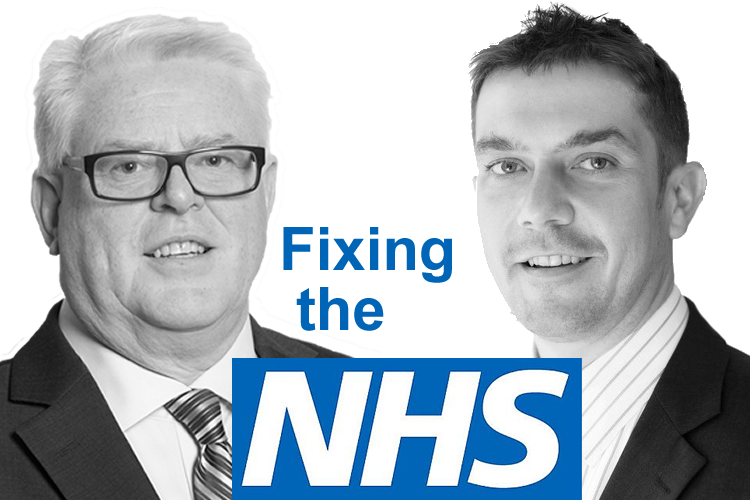 Editor’s comment: Another NHS winter crisis – but there must be a way to fix it

The time really has come for a genuine debate on a mixed model of healthcare funding.

Another winter, another NHS crisis. It’s not a question of “if” there will be a NHS “crisis” this winter, it’s more a question of how bad it will be. Spread-betting firms haven’t yet – as far as I’m aware – started offering odds on the rates of cancelled appointments or hospital occupancy and bed-blocking – sorry, delayed discharge. But perhaps they should.

It’s easy to say the annual winter problems faced by the NHS are a symptom of the system’s inexorable structural and political frailties – surely a selling point for the world of private healthcare.

But that would be too easy, too cheap.

And while the issue of delayed discharge and social care is massively complex – and something that even the best minds of the insurance industry still haven’t solved – it’s important to note that there is another set of statistics that should be looked at.

Estimates suggest that missed appointments cost the NHS £1bn last year. Yes, one BILLION pounds. And while cries go up for more cash to be given – from the inevitable magic money tree – to a system that is structurally unsound, there’s a deafening silence on that figure from those simply calling for more tax-funded cash as opposed to structural reform.

These figures don’t make easy reading for some parts of a British public that has lost its sense of responsibility due to decades of having access to a system that, to all extents and purposes, feels like it is free.

It’s not something, fortunately, that is passing by the attention of important commentators – hat tip to Isabel Hardman of The Spectator for raising the issue here.

Of course, as Hardman points out, there are genuine reasons for many of those missed appointments. It’s not just laziness or individuals being irresponsible. The unpredictability of everyday life also plays a role. Then, of course, there are missed appointments for people with mental health conditions that are, sadly, unavoidable.

But the majority of missed appointments are, surely, actually down to laziness, inertia and, dare I say it, the arrogance of a public that thinks it has an entitlement to the best healthcare in the world, when and where they want it – without having to worry about the bill. “Free at the point of access” might sound catchy. But so does “All you can eat buffet”.

Of course, we all know we pay tax to pay for our care – and I’m as much of a fan of an all you can eat buffet as the next man – but it feels that some people don’t know when to stop eating.

Sometimes it takes a very minor incident to bring the point home. Last year, I returned a (NHS-funded) crutch I was using due to my very annoying and very painful foot (poor me!). The excellent staff at King’s College Hospital in South London were stunned when I brought it back. “I’ve never seen anyone do that before,” one bemused staff member told me.

Why, I asked? Patient laziness? Yes, she sighed. But, she added, it’s also because of a fundamental disconnect between public perception and cost – and responsibility. Not surprising, in a system which still dishes out basic over-the-counter products like paracetamol on prescription – for “free”.

It’s relevant because the health insurance industry should be proud of the work it does to encourage and incentivise people to take greater responsibility for their own health.

People that are more informed about the cost of care take more care.

It’s not just the system that’s going to take some restructuring – it’s the public’s attitude to healthcare too.

The health insurance industry has (usually) retained a dignified silence when it comes to the NHS. It’s the classic conservative – small ‘c’ approach – of course. And there’s no profit to be made for bashing a sacred cow like the NHS, I suppose.

Perhaps that dignified silence is the right approach.

Letter to Editor: Stuart Scullion is chairman of the Association of Medical Insurers & Intermediaries 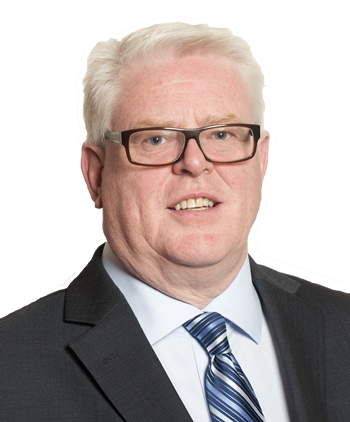 The problems faced by the NHS are complex, multi-faceted, and most definitely not all within the control of the NHS to resolve. The raft of illnesses associated with this time of year just serve to mask the underlying problem and, as noted by the Editor, these problems can’t be solved just by throwing more money at it.

Bed blocking, more commonly caused by elderly patients many of whom live alone, is actually a symptom of a failed and failing social care model. I have personal experience of this with my mother. Having had her acute urgent medical condition diagnosed and stabilised over seven days following her admission, she then spent more than eight weeks in hospital, moved to any spare bed in any ward that could accommodate her. Why? Because she lived alone and had no one nearby who could take care of her.  In years gone by, she would have been admitted to a local cottage hospital to recuperate before being discharged home once she was well enough.

This is just one example, but we know it is happening all over the country all of the time. The result? Cancelled operations and procedures, and not because there are not enough consultants or anesthetists to perform the procedure. No, they are cancelled because there are no beds to accommodate people.

A&E patients are being held in ambulances for more than four hours because there is nowhere to admit them, and patients are being ‘treated’, if that is the description, for intimate and personal medical conditions on a stretcher in a hospital corridor. These are scenes you would expect in a war torn or third world country suffering from humanitarian crisis, not in the UK.

Someone needs to have the courage, yes courage, to stand up and say enough is enough, because in some respects this is nothing to do with the NHS. This is a political issue, where fear is one of the biggest contributors. Fear on every side of the political spectrum to stand up and endorse using a private healthcare system which is more than capable of participating and lending support to the solution. Fear because ‘the opposition’, any opposition, will castigate them for daring to visibly and publicly engage with private enterprise as part of the solution. Why? Because the NHS is seen as a vote winner and a vote loser.

The public are encouraged by politics to think that the NHS and all its services are ‘free’. Nothing could be further from the truth. They are free at the point of use but that does not mean they are not without massive cost.

Planned spending for the Department of Health in England is approximately £124.7bn in 2017/18, and Simon Stevens’ NHS Five Year Forward View projected a financial shortfall of £32bn per annum by 2020/21.

We need to visibly promote the costs associated with NHS usage at every opportunity in an effort to get the Great British public to understand that if they want to have an NHS which is the envy of the world, they must appreciate it more, support it and not abuse it. And yes, that does mean returning the NHS crutches so they can be used by other patients and not thrown behind the sofa before ending up in landfill.

Just as we need to promote the value of the private sector we must do the same for the NHS. We must incentivise people, everyone, to take greater responsibility for their own health because there is a massive disconnect between responsibility and cost. We have talked about the concept of wellness and preventative medicine for almost a decade, but I am of the opinion there are not enough people who hear it, see it, believe it and take action.

My fear is that unless we collectively grasp the nettle, the winter crisis in the NHS is going to become as common place at Christmas as turkey and all the trimmings.

The Association of Medical Insurers and Intermediaries (AMII) was established in 1998 as a trade association for independent medical insurance advisers in the UK.

HI Daily. You can view the Editor’s comment here.

You can see Stuart Scullion’s reply on behalf of the health insurance industry here.