A plumber has won a long running legal battle for working rights in a Supreme Court ruling, a case which calls into question the rights of Britain’s growing army of freelance workers.

BBC News reports that Gary Smith, a plumber who worked at Pimlico Plumbers for six years as a contractor, paying self-employed tax and being VAT-registered, has won the battle against his employer to be classified as a worker. In 2010 when he requested to reduce his hours following a heart attack, the firm refused, taking his branded van off him. He also claims he was dismissed as a result.

The actions of his employer led to the tribunal at Britain’s highest court to rule Smith was treated as a worker, rather than a contractor. This means he would be entitled to employment rights such as holiday and sick pay.

Whilst the court recognised that Smith had the right to refuse work, they said that other aspects of his engagement were “inconsistent with his being a truly independent contractor.”

Pimlico Plumbers Chief Executive Charlie Mullins said the decision could lead to a “tsunami of claims” and he was “disgusted by the approach taken to this case by the highest court in the United Kingdom.”

“This was a poor decision that will potentially leave thousands of companies, employing millions of contractors, wondering if one day soon they will get nasty surprise from a former contractor demanding more money, despite having been paid in full years ago,” Mullins said.

The ruling has also sparked concern that firms utilising Britain’s growing gig economy could face implications. Jonathan Rennie, Partner at UK law firm TLT, said the complexity of this area – and lack of clarification on employee rights – remains a minefield for those setting out contracts.

“The fact the Pimlico Plumbers lost its appeal and the risk that decisions against employers could apply to all workers immediately and automatically, should make employers more concerned about reviewing and updating their contracts and working relationships in light of modern working practices and employment law before it is too late,” he said.

“If clarity was provided on employer or worker status from day one of starting work then all parties would know their immediate rights and responsibilities and unnecessary disputes would likely be avoided,” he concluded.

Giving her overview of the long-running case Faye Baker, Business Partner at advo hr commented “this is a very interesting and complex case and something that will no doubt have many companies concerned about future claims. This exaggerates the need for employees/ workers/ contractors and employers to all understand the role in which they are contracted to work with transparency and clear communication in the beginning of engagement and throughout the period of the relationship between the parties.” 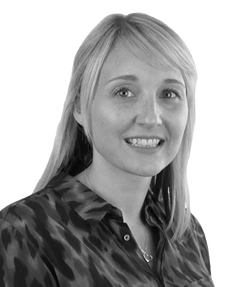 “The working world is shifting, alongside this case there are now many more people on flexible contracts and different and unusual working patterns/rights therefore it is so important that from the initial stages that all parties are aware, understand and agree to all clauses in the contract.”

Speaking to HR Grapevine, Beverley Sunderland, Managing Director at Crossland Employment Solicitors, agrees with Rennie, saying if there is one key learning point for HR, it is the importance of clear and accurate drafting in contracts and the need for clear concise language.

“Although Pimlico Plumbers made a great deal out of a right for Mr Smith to substitute someone else to do his work, the Supreme Court made the point that it was not in the contract and the contract itself referred throughout to Mr Smith’s skills and competence and not to those of any substituted plumber,” she explained.

“They said that getting additional help or bringing in someone with specialist skills was not substitution and that really all that had happened by custom and practice was that one Pimlico plumber could swap shifts with another.”

Brhmie Balaram, a Senior Researcher at the RSA, added that there could be seismic changes to how companies whose workforce relies predominately on freelancers operate. “Pimlico Plumbers argued that Gary was not under an obligation to perform the work personally as he could get another Pimlico Plumber to cover for him, which is similarly what Deliveroo argues,” she explained.

“However, as the Taylor Review argued – and the Supreme Court seems to agree – ‘the absence of a requirement to perform work personally should not be an automatic barrier to accessing basic employment rights’.” He added that, if the case brought against Deliveroo by the Independent Workers Union of Great Britain (IWGB) – which was unsuccessful in getting Deliveroo riders worker’s rights – was brought to attention again, the ruling could change.

Matthew Taylor, Chief Executive of the RSA and author of the Taylor Review into the gig economy, welcomed the changes, but acknowledged that it “will inevitably squeeze firms’ freelance budgets.

“But the Government must now move to clarify this in primary legislation too, as well as allowing for more kinds of flexible working, which must also be reflected in the tax system,” he said.

However, some firms and contractors are concerned that the ruling could lead to the death of the gig economy.

Philip Richardson, Head of Employment Law at Stephensons, said: “Given today’s decision and the ongoing Taylor Review into working practices, it is now a matter of ‘when, not if’ legislation is brought in to prevent employers from using these gig economy models.”

You can view the HR Grapevine news story on which this  here.