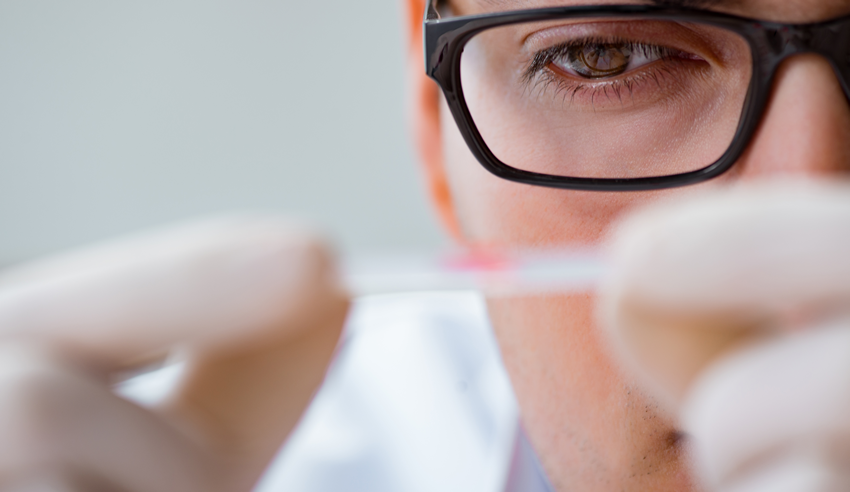 A new method of analysing cancer patients’ blood for evidence of the disease could be up to ten times more sensitive than previous methods according to new research.

The research funded by Cancer Research UK proposes that in the coming years, this method and others based on this approach could lead to tests that more accurately determine if a patient is likely to relapse after having treatment and could pave the way for the development of pinprick home blood tests to monitor patients.

Combined with new methods to analyse this data to remove background noise and enhance the signal, the team were able to reach a level of sensitivity that in some cases could find one mutant DNA molecule amongst a million pieces of DNA – approximately ten times more sensitive than previous methods.

Dr Nitzan Rosenfeld, senior group leader at the Cancer Research UK Cambridge Institute who led the team at the University of Cambridge said: “Whilst this may be several years away from clinical use, our research shows what is possible when we push such approaches to an extreme. At present this is still experimental, but technology is advancing rapidly, and in the near future tests with such sensitivity could make a real difference to patients.”

The researchers describe traditional liquid biopsies as like looking for a needle in a haystack. This new approach of using personalised genetic profiles to search for many different mutations rather than just one, increases the number of ‘needles’ that can be found, making chances of success more likely.

They also say the ‘haystack’ itself could be made smaller; as the methods developed for this research could mean that smaller and smaller amounts of blood could be required for the test to still work.

Eventually, this could lead to tests that would require only a pinprick of blood – a procedure that patients could perform at home – that would then be sent to a lab for analysis. This would not only mean fewer visits to the hospital, but would also allow the patient to be more frequently monitored.

You can read the Cancer UK press release in full here.