The Supreme Court has ruled that tribunal fees are unlawful, but what are the likely consequences for UK businesses.

The ruling will give people fairer access to justice – with the government now having to pay £32m back to claimants, and some employers, following a challenge by trade union, Unison.

The government introduced fees in Summer 2013 – starting at £160 and increasing to £1,200 if further hearings were required. It is a decision which led to a 79% reduction in cases in three years and a large drop in false claims.

It may, however, have also been a decision which put the brakes on thousands of people making legitimate claims if they could not afford the fees, according to Ms Morris, a partner at law firm mfg Solicitors. 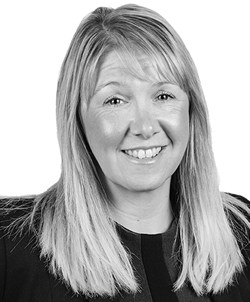 She said: “This huge decision now means that tribunal arrangements could go back to where they started. Those who were put off taking their employer to an employment tribunal because of the fee regime may now choose to do so without the expense of fees hanging over them. It is likely to open the floodgates to more claims in the coming months.”

For the many employers who operate robust and fair employment practices the ruling is thought to be of little concern. Ms Morris, however, has stressed that there is always the risk of spurious claims finding their way back into a tribunal and employers should be wary.

“Overall, it is clear that the ramifications could go well beyond the employment law arena and it is vital that businesses and individuals seek professional advice on what the ruling could mean for them.” she added.

As part of the ruling, the Supreme Court also found fees were indirectly discriminatory to women with females disproportionately affected.

Ms Morris added that current tribunal rules will need to be re-written following the ruling. She said there is a possibility that the fees regime will not be abolished entirely. It is perhaps more likely that the government will issue a consultation paper and then bring in a lower level fees regime, or possibly a structure where fees are payable by the employer.

Unison general secretary Dave Prentis said that the Government had acted unlawfully and “has been proved wrong – not just on simple economics, but on constitutional law and basic fairness too.” Meanwhile, TUC general secretary Frances O’Grady, said it was a “massive win” for workers.

Further information on the Supreme Court ruling can be found in advo news here.

You can email Sally Morris here.

The original article in Personnel Today can be seen here.