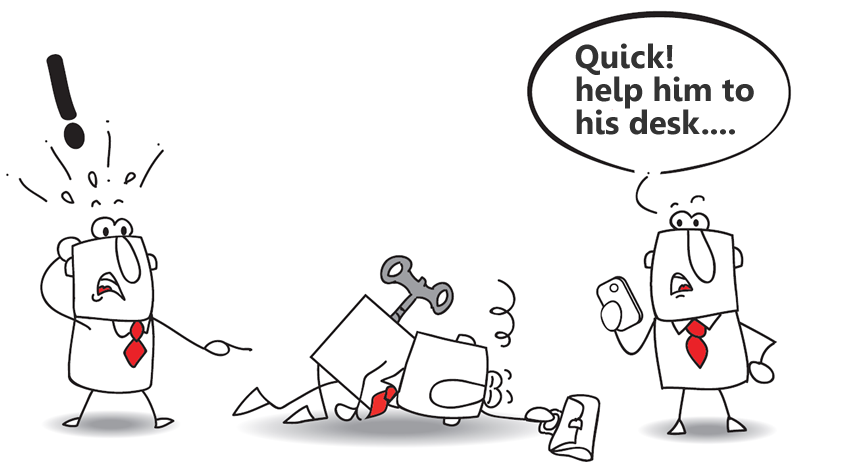 Research from group risk insurer, Canada Life, highlights that workplaces are suffering from persistent presenteeism as up to 28 million employees may be coming into work when ill.

Presenteeism remains a pervasive problem in UK office culture, as nearly half (47%) of employees surveyed reveal they didn’t take a sick day in 2017 according to our new research.

While there has been a small decrease in the number of employees not taking a sick day from 2016 (54%), the tendency to come into the workplace when suffering from a minor illness persists, as nine in ten (88%) admit they go into the office.

The reasons why employees were reluctant to stay at home when ill varied. Over half (53%) stated that even though they were unwell they felt it did not warrant a day off. A quarter (25%) said their workload was too great for them to take time off and one in ten (9%) admitted they didn’t feel secure enough in their role to take a sick day.

Figure 2: Top 10 perceptions people think their colleagues would view them as if they take time off

Number of sick days rises as presenteeism takes its toll

Employees say their wellbeing would improve with flexible working, a positive attitude towards the issue and increased workplace support. Three in ten (28%) say flexible working options would help with both their physical and mental health and this was particularly popular amongst women, with one third (33%) agreeing.

A similar number of workers (27%) also said a more positive workplace attitude towards health and wellbeing would help, while a fifth (19%) said better workplace support (for example, Employee Assistance Programmes) would be beneficial.

Canada Life Group Insurance canvassed the opinions of employees across the UK to understand their thoughts on the topic of workplace presenteeism.

When asked about the perception of taking a sick day, one employee responded: “I am always viewed with scepticism if I take time off and I return to a massive workload.” While the topic of how seriously employee wellbeing is taken by their employer generated this response from another respondent: “[Illness is] Taken seriously, but we’re a small company and there’s no cover.”

Paul Avis, Marketing Director at Canada Life Group Insurance, commenting on the report said “Presenteeism is a vicious cycle; the drive to remain in the office can cause illness to spread or end up leading to a longer recovery time. It is encouraging to see that many employees view those taking time off for illness in a positive way, being described as genuine, honest and sensible. To reduce presenteeism, these positive perceptions must be encouraged so workplaces can reduce any stigma attached to taking time off.

“Failing to take a sick day can have a significant impact on business performance as employees fail to recuperate properly. As well as changing perceptions, employers can offer much more to support staff when they are unwell.

“Early Intervention Services are available alongside Group Income Protection products and include proactive absence management interventions to facilitate a return to work when employees are fit and able to do so. Employee Assistance Programmes are also provided at no extra cost and provide daily practical support as well as communicating an employer’s commitment to their staff’s health and wellbeing.”

You can view the Canada Life press release here.