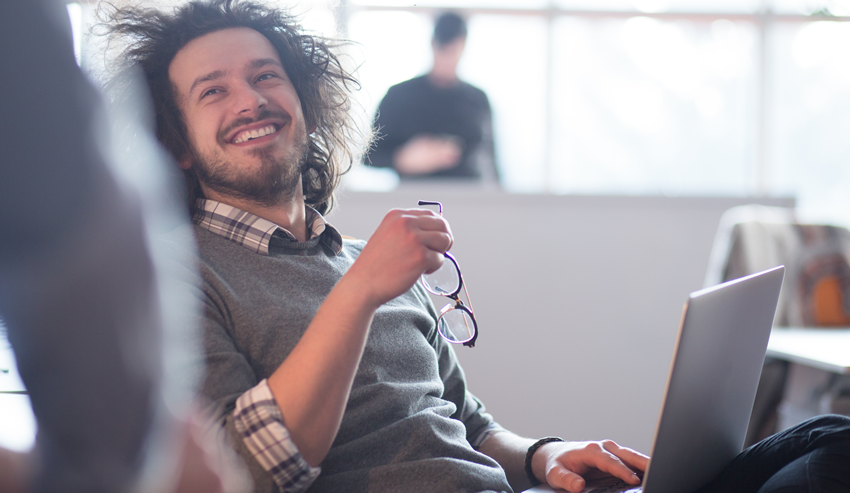 POSTED: December 31 2018
Employee satisfaction: 6 evidence-based findings you should act on

Employee satisfaction: 6 evidence-based findings you should act on

Employee satisfaction is a well-researched concept – more so but less talked about than the related concept of employee engagement.

With the help of Investors in People we take a closer look at some interesting findings to enhance your knowledge of what works and what doesn’t when it comes to increasing levels of employee satisfaction.

Despite the prevalence of research on employee satisfaction, there’s no universal  agreement on what it actually is. Ledimo & Martins (2015) say that most definitions share a common thread: an “emotional response to the individual’s experience of organisational processes and practices.”

This means two things: firstly, satisfaction is a very subjective experience. Secondly, the domains that influence an employee’s experience are broad and personal and can include things like supervisory support, co-worker interactions, job tasks and career advancement opportunities.

Ultimately, employee satisfaction refers to “employees’ feelings or state of mind about the nature of their work and conditions of employment.” These feelings are of course heavily influenced by the individual’s personality, attitude and sense of wellbeing.

While personality and attitude are harder to influence, wellbeing is much easier to influence, making it an important focus for organisations. After all, when we feel bad, we tend to make more negative evaluations of the world around us.

Bowen et al (2008) suggest senior employees are more likely to be satisfied with their jobs. The 2015 study from Ledimo and Martins corroborates these findings. In their three-year study tracking biographical differences and employee satisfaction, supervisory levels in organisations were found to be the most satisfied.

What’s not clear is the mechanism at work here. Are more senior employees generally more satisfied due to higher ‘social standing,’ such as higher pay and increased authority? Or are supervisory jobs, due to the nature of the role and the type of work being done, generally more satisfactory than front-line roles?

Organisations may find this replicated in their own internal measures of satisfaction,  understanding the root cause is an important job as it will allow you to better deploy resources to the levels most likely to require additional support to increase employee satisfaction.

An interesting study from Park et al (2016) looked at whether employees at public sector organisations in the United States thought innovation positively or negatively impacts satisfaction levels. While there was an overall trend toward a positive correlation, the results looked different when broken down by certain variables.

Employees with a higher level of work experience and those with higher pay typically thought that innovation leads to higher job satisfaction. However, supervisors, underrepresented groups like females and ethnic minorities and older employees felt that innovative practices negatively impact job satisfaction.

Employees in regulatory agencies – those who set rules and enforce compliance – perceived a negative link while those in distributive agencies perceived a positive link. The cause of this is unclear and may be that people are drawn to jobs that align to their personal beliefs or that working in a particular industry in fact shapes your beliefs.

Not really a surprising finding, but certainly an interesting one. In a study exploring employee satisfaction in Japanese manufacturing companies, authors Kumara and Koichi (1989) found that employees showed increased levels of satisfaction when co-workers were very socially supportive.

These workers showed high levels of cooperation, mutual commitment, trust and respect for each other. This is an interesting finding because while co-worker support is non-specific – it doesn’t relate to a particular domain of the employee’s role – it affects overall measures of employee satisfaction.This is backed up by our research that good teams and enjoyable working support happiness and retention

This builds the case for prosocial activities, like Christmas parties, because they boost morale and deepen human connections. These relationships foster an environment of informal collaboration, resulting in a more satisfied workforce and increased productivity

A study by Sims and Kroeck (1994) looked at the link between how closely the employee’s ethics matched those of the organisation on several different measures and how this impacted turnover intentions, commitment and satisfaction.

While the results suggested ethical fit was correlated to reduced turnover intentions and increased commitment, the link was much less clear when it came to employee satisfaction. The authors suggest that this is down to individuals having two different measures of satisfaction: job satisfaction and organisational satisfaction.

This finding seems intuitive, but it’s what it means and how to use it that’s relevant. Brown & Lam (2008) found that the likely mechanism for this correlation is that satisfied employees are motivated to provide a better service.

According to a review of the authors’ work by Satoris S. Culbertson (2009), the correlation between employee satisfaction and customer satisfaction was strongest when organisations measured satisfaction at the business unit level while using a general measure of satisfaction, rather than ones focused on specific job facets.

This means organisations wanting to build the case for greater investment in employee wellbeing and satisfaction should do the same – measure and affect general happiness at business level, rather than anecdotally or at the team level. Using a single measure of happiness is more likely to show trends than individual preference.

advo is an Investors In People GOLD employer.

You can view this and other helpful articles at the Investors in People knowledge Hub here.