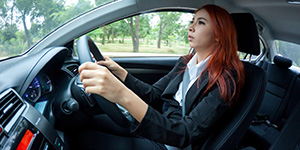 On 19 February 2021 the Supreme Court decided that under UK employment law, Uber drivers were indeed classified as ‘workers’, who were therefore entitled to work benefits such as paid holiday, pension contributions and to receive the minimum wage. advo’s HR experts take a closer look at the likely impact.

The Supreme Court’s ruling focuses on the level of control that companies exercise over people’s labour – this control also carries with it responsibilities, for their conditions and well-being.  This will have far-reaching implications for businesses who use contractors e.g., private hire drivers, couriers and delivery drivers.

What is the gig economy?

The gig economy has arisen based on flexible, temporary, or freelance jobs, often involving connecting with clients or customers through an online platform i.e., Deliveroo. Such workers enter into formal agreements with on-demand companies to provide services to the company’s clients.  This is where the ‘grey’ had appeared as to whether these contractors were actually employed or self-employed.  Uber had previously argued unsuccessfully that the drivers were independent, third-party contractors.

This may impact your business if you have independent contractors, online platform workers, contract firm workers, on-call workers or temporary workers as the ruling paves the way for such workers to receive basic employment protections and this will shape all future cases concerning the gig economy. Businesses operating in a similar manner to Uber are likely to face a similar raft of claims from their contractors.  It could be costly settling those claims or compensating workers for the benefits they should have received.  It doesn’t mean, however, that all businesses using ‘gig’ workers will have to give them worker status.

In the Uber case, the Supreme Court noted that the tight control exercised by Uber over drivers, who were effectively at Uber’s beck and call under contract terms dictated to them, meant that drivers could not really be considered independent contractors or ‘entrepreneurs’.  The only way for drivers to earn more money was to work longer hours, while also meeting Uber’s performance standards.

Consequently Uber, after months of resistance, has finally conceded defeat and recently announced all its 70,000 contractors will now have ‘worker’ status applied.  This clearly shows the shift in recognition towards ‘gig’ economy workers.  It will shape the future for employment rights to be applied.  Businesses need to consider how such costs will be absorbed and how this will impact their service provision to their customers or clients.

The Supreme Court considered five key areas of Uber’s relationship with its drivers and this was used to establish if there was a ‘worker’ relationship. For businesses that recognise similarities to Uber in the way contractors or gig workers are used, consideration should be given as to if they can genuinely be classed as self-employed.   Think about and ask yourself:

Does your contractor have influence in these areas?  If not, they may have genuine claim to be a worker, especially if they are following instruction and orders issued by you.  If so, they should be afforded the same rights as employees in respect to holiday and pension entitlement, and to be paid at least the minimum wage for their hours worked.

Gaining ‘worker’ rights does not entitle full employment rights but it does provide enhanced protections including protection from unlawful discrimination or being treated less favourably if part-time.

This is a complex area and if you believe the Uber judgment may impacts your business, please get in contact with us at advo hr as we can offer further support and advice.