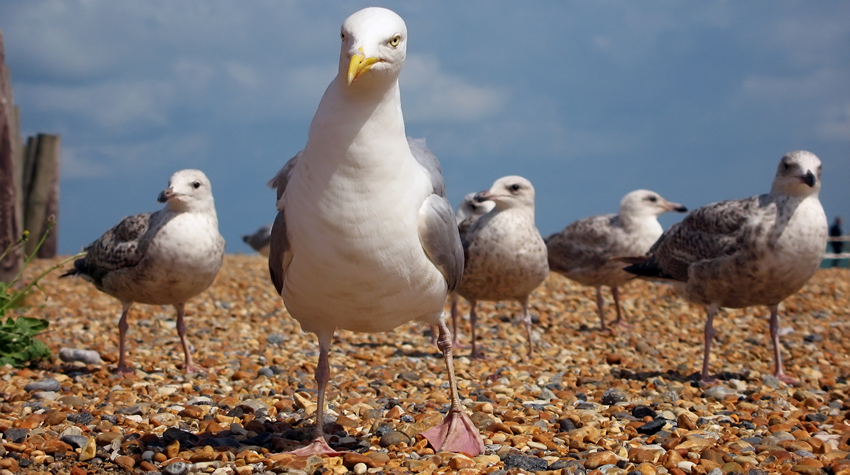 Flat hierarchies have in recent years become well-known in the business world as alternatives to more traditional structures. Some quarters of the media have positioned flat hierarchies as a necessity for the successful companies of tomorrow, but this is not the case: they suit certain organisations but will likely be detrimental to others.

With the help of Investors in People we look at some of the key advantages and disadvantages of flatter organisations to help you understand more.

Much media attention has focused on holacracies, but actually holacracy is just one type of flat hierarchy that became popular due to its adoption by well-known companies operating in Silicon Valley and the wider technology sector.

Others have fewer middle managers than you would normally expect in an traditional organisation of the same size, with each one managing a much larger slice of the workforce. Overall, managers tend to have more responsibility and accountability in flat organisations. This is particularly true where there is only one layer between staff and the executive level.

Flat hierarchies: what are the pros?

Communication is clearer and less susceptible to degradation

Information passing through multiple organisational layers inevitably degrades by the time it reaches the frontline. The degradation is often more severe when information is communicated electronically, because nuance gets lost.

In flatter organisations, where information has to pass through fewer layers before it reaches the frontline, the degradation is likely to be less severe. This obviously helps in cascading down goals and decisions effectively.

In traditional hierarchical organisations, where decision-making authority is centralised in individuals, there are inevitably delays when these people are away, are busy or when they need to be brought up to speed on the nature of the issue before they make decisions.

In flatter hierarchies, decisions can be made at the point-of-need, resulting in fewer delays to progress. This can make flat structures suitable for organisations that need to move fast, such as those looking to build first-mover advantage.

Labour costs are reduced due to fewer higher-paid middle managers

The layer of middle management is often the most expensive across the organisation, so by decreasing the number of employees in this layer, organisations decrease their costs. This includes not only salary costs but also associated benefits and training.

Organisations that transition to flat hierarchies may need to redeploy some of this money into new incentive structures, but generally flat hierarchies will reduce their labour bill because of the smaller layer of middle management.

Increased autonomy and empowerment is motivating to employees

Flatter hierarchies boost autonomy, which is considered a key factor in employee satisfaction in the workplace. In flatter organisations, employees are naturally more involved in decision-making as there are fewer managers to defer to.

Employees may also be more likely to engage in job crafting to suit the changing needs of their role, the organisation and their colleagues, which can lead to the emergence of greater autonomy as employees develop new areas of focus.

By its nature, innovation is not a ‘business as usual’ process and so innovative ideas often require managerial sign-off. This may involve time-consuming processes like creating a business case to prove the commercial value.

This means that innovation takes longer in traditional hierarchies, which prioritise stability and controlled growth. In flatter hierarchies, innovative decisions can be taken as easily and quickly as decisions classified as ‘business as usual.’

This is often why start-ups and disruptive companies adopt flatter structures, because high-growth and innovation are the main aims, rather than stability, cost-savings and a focus on the bottom line.

Flat hierarchies: what are the cons?

Informal, dysfunctional hierarchies may take the place of formal ones

Baker (2015) says that a lack of formal hierarchies in flat organisations leaves a vacuum for the emergence of informal hierarchies which, unless acknowledged, can be very destructive. These hierarchies can be based on things like personality or perceived skillset and value.

Those with more forceful personality types may also find non-hierarchical setups better suited to acquiring ‘soft power’ – this is power that is co-opted rather than coerced. This may see de facto leaders emerge who wield power without formal authority.

Supervision, to a lesser or greater degree, is a cornerstone of hierarchical systems. This creates a layer of oversight on employee productivity and helps ensure that behaviours and outputs do not deviate from the expected norm. This allows organisations to ensure all parts of the organisation are contributing to overall strategic goals.

Oversight is time-consuming and is much easier with a managerial layer. The total absence of this layer, or a much smaller layer, means that oversight is far harder and organisations must rely on the skills, motivation and knowledge of each worker to contribute in the right way, every day.

Bureaucratic coordination is slow or impossible to scale

Blogging platform Medium moved away from holacracy, citing a number of reasons, one of which was that for larger initiatives it was difficult and time-consuming to get alignment across teams. This process could also be divisive and disruptive, they added.

This is why some scholars suggest flat hierarchies work for small-to-medium sized organisations, but that once organisations get larger and more bureaucratic, relying on collective buy-in and decision-making can be too slow to move the whole machine as one.

Flat hierarchies tend to suffer from diffusion of responsibility, whereby everyone is less likely to take responsibility because there are others present and because it’s not clear who has overall responsibility for performance.

Employees are more likely to be generalists in some variants of flat hierarchies, doing a bit of everything, which again dilutes responsibility because clear lines of focus and responsibility are absent.

On the flip-side, for some employees, a lack of clear lines of responsibility can lead to worse work-life balance because they feel responsible for everything and pick up the slack when others don’t pull their weight.

Depending on the number of managerial roles, promotion opportunities in flat organisations may range from rare to non-existent. Promotion will likely be limited to horizontal moves, with the benefits being mastery of new skills and exposure to different environments.

However, they do not offer greater seniority or people management experience, both of which are highly transferable to other environments and organisations and also tend to correlate with higher pay.

The lack of these types of opportunities may encourage employees to leave, particularly those who reach a point in their career or life when seniority and higher pay become important to them.

You can read the original article and other helpful HR and business guides on the Investors in People knowledge centre here.

advo is an Investors in People Gold accredited employer.