Being overweight in 20s ‘reduces chances of surviving cancer’

People who are overweight in their 20s and 20s are less likely to survive cancer later in life, a study has suggested.

The more overweight someone is, the more likely they are to die if they are later diagnosed with breast or bowel cancer, according to the study led by the International Agency for Research on Cancer (IARC).

Studies have previously linked obesity with an increased risk of certain cancers, but little is known about how weight affects survival rates once cancer is diagnosed.

For the latest research, reported in The Times, scientists followed 47,051 Swedish women aged 29 to 49 for an average of 20 years. They submitted body mass index (BMI) readings which were used to predict their weight. By the time the women had reached their late 50s, 1,241 had breast cancer and 259 bowel cancer.

Researchers found that those who were overweight in earlier adulthood, defined as having a BMI of 25 or higher, were up to 72% more likely to die early from breast cancer and 141% more likely to die from bowel cancer than women with a BMI lower than 22.

The longer women had been overweight, the less likely they were to survive the disease, with each additional year associated with a 3% increased risk of early death from breast cancer and a 4% increased risk in bowel cancer cases.

Authors of the study, published in Cancer Epidemiology, Biomarkers & Prevention, wrote: “These findings point towards a long-lasting effect of overweight and obesity during young adulthood, impacting not only the risk to develop but also the chance of dying after a cancer diagnosis. It also emphasises the need to understand and improve long-term outcomes in cancer patients with a history of obesity.”

Researchers suggested that being overweight at a younger age increased insulin resistance, chronic inflammation, DNA damage and changes to the way hormones metabolise, all of which have been linked to the onset of cancer and might accelerate its development.

Julia Frater, of Cancer Research UK, said: “It’s worth highlighting that the length of time someone was overweight made a big difference towards surviving their cancer. So controlling what we can control, like healthy lifestyle changes, is a good idea.” 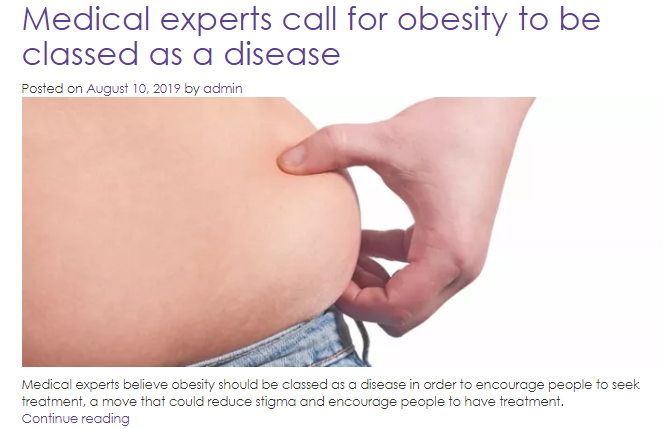 This article was first published in Health & Protection Daily Magazine