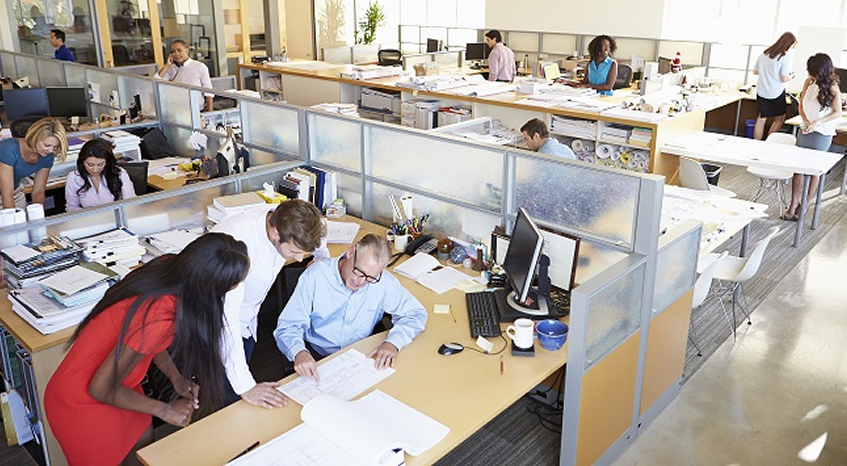 advo hr explains some recent case law where the employee’s claim failed and the tribunal was pro employer.

This case centres around a worker claimed her employer’s open plan office worsened her asthma, took the case to tribunal  and lost her appeal.

The Employment Appeal Tribunal (EAT) in this case ruled that the layout of the office did not put the worker, Ms Browne, at a substantial disadvantage.

Browne worked for the Met’s Command Control Centre (CCC) in Hendon from 2005. Her job role was an emergency call operative. She was based on the first contact floor where she received incoming calls from the public, but she sometimes worked on the dispatch floor. Both areas were open-plan.

A 2010 health assessment was undertaken and confirmed that Browne had “moderate persistent asthma”. Browne said the open plan office “triggered” her asthma because of fluctuating temperatures and possible illness from other workers.

Browne took sick leave “on a frequent basis” between 2013 and 2014 because of her asthma. She was placed in a separate office between March and November 2014, and during that time she suffered no ill health or work absence.
She was moved back to the open-plan office at the end of 2014 because it was impractical to carry out emergency call work from a separate location. In March 2015, she became unwell again and the doctor certified her as “unfit to work due to asthma”.

In March 2016, she was moved to the CCC’s ground floor, also an open-plan area, but she did not suffer ill health.

The tests found that the CCC’s working environment fell within approved guidelines in all criteria. They also reported no “material difference or discrepancy in the environmental conditions” in different parts of the building, including the three areas Browne operated in.

The ET ruled in favour of the employer. They said that the medical evidence provided during the case was incomplete. In particular, the tribunal “had not been provided with a full GP printout” which could have been of assistance and there was “no evidence of an independent professional assessment” as to the cause of Browne’s respiratory symptoms.

Browne appealed. She argued the open-plan office design, with lack of personalised temperature control, put her at “a substantial disadvantage as a disabled person with asthma”. She suggested a more reasonable adjustment would have been to place her in a different office where she could control the temperature.

Her appeal failed. EAT Judge Simler ruled that Browne had failed to prove that the provision, criterion or practice (PCP) for the office design put her at a substantial disadvantage.

ET decisions are usually pro-employee. In this case however the employer did nothing wrong and this could give other employers some validation. The employer were able to prove they did everything they could and acted reasonably in the circumstances by taking medical advice, considered reasonable adjustments and had an audit trail to back up what they had done.